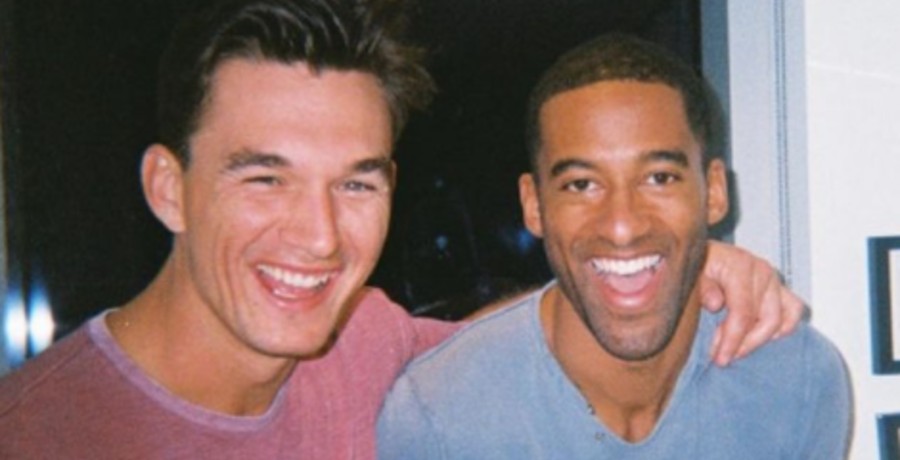 Tears, so many tears from Matt James and from his women, are all you see on the new preview of The Bachelor. It is shaping up to be a dramatic finale from the looks of things. It’s unclear why Matt is upset, but Chris says, “I’m so sorry Matt,” and he asks him if he feels like he can continue. Matt tells him he’s really not sure. In another clip, someone says she’s in love with Matt and he’s with another woman and there are clips of each of the fantasy dates. There are also clips of both Racheal Kirkconnell and Michelle Young crying.

In the preview, the Women Tell All shows Chris Harrison asking the hard questions. One thing he brings up is when Anna Redman accused Brittany Galvin of being an escort. She told the whole house and that ultimately got her eliminated. In the preview, she seems to be saying she did it because she was angry. What she was angry about remains to be seen.

What Happens With Matt James Women At The Tell-All?

Matt James is confronted for the first time with the women he sent home. He also comes face-to-face with Serena Pitt again, the one who walked him out. Their emotional goodbye had fans thinking she would have been his choice had she not broken it off. In the preview, Chris asks Serena if maybe she made a mistake after she says, “I still care about him a great deal.”

The other women bring the drama. Victoria Larson is front and center and according to Cosmo, she showed up wearing a crown. Victoria is shown visibly upset and says, “yes I was involved in the drama because I was going through levels of pain.” That’s followed by Meri Pepin saying, “that’s fake as hell.” As The Bachelor producers are so good at putting those together out of order.

The Women Address The Toxicity Of The Season

Another storyline from Matt James’ season had Katie Thurston sticking up for the new girls. She brought the toxic environment to Matt’s attention and he had a conversation with the women about it. In the preview, Katie says, “you just don’t want to fess up to what you did in the house.”

When Tyler Cameron visited Matt he told him he saw getting down on one knee at the end of his season. At the end of the preview when Matt is having doubts and spending time crying, he talks to his mom. She says, “people fall in and out of love. Love is not the be-all, end-all.” What do you think Matt is crying about in the preview? Are you excited for Monday’s episode? Comment with your thoughts below.