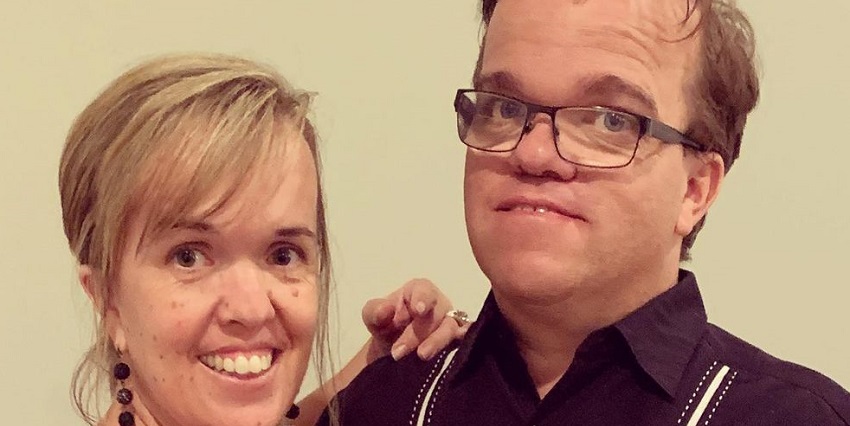 7 Little Johnstons Season 8 came to an end a little over a week ago, and fans are itching for information on Season 9. Will the TLC series be renewed or canceled? We previously reported the Season 8 finale left the storyline open for additional episodes. Moreover, there had already been reports that we might even see more episodes of 7 Little Johnstons before the year 2021 comes to an end.

The official Instagram account for the show confirmed the Johnstons would return for another season a few days ago. The post shared a TLC image of the family with the words “later this year.” This more or less confirmed we would get to see fresh episodes of 7 Little Johnstons at some point in time during the year 2021.

“Later.This.Year.” The post penned in a very simple caption. Unsurprisingly, fans of the 7 Little Johnstons family were quick to react to the news the series would be renewed and not canceled.

One fan of the TLC series admits they love the show and the family. The individual continues to note this series is a frequent go-to when they need something to watch. And, this means rewatching old episodes too. This fan, however, sadly admits they feel the show is past its expiration date. Is there no story left to tell? Does the show need to be canceled? This particular fan makes it clear they love the show. But, it has grown “boring” recently. And, they would prefer it to end as opposed to continuing to drag it out. 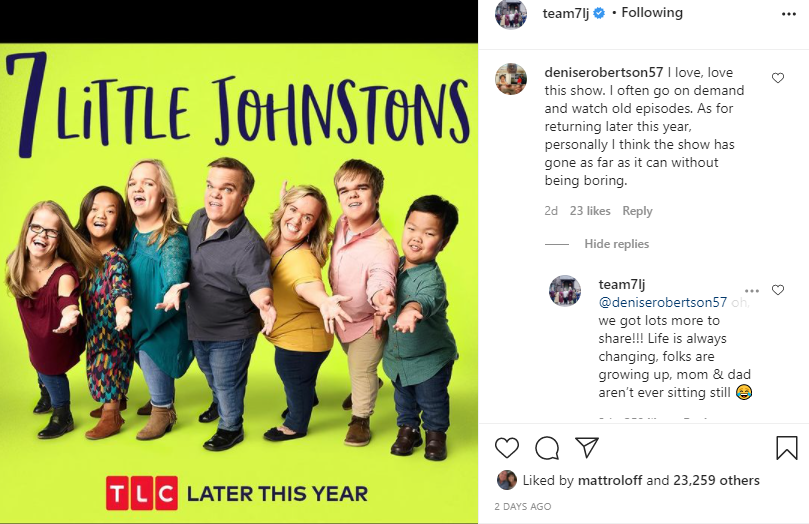 As you can see from the screenshot above, the Johnstons disagree with this idea. They do not think the show has expired. In fact, they note life is always changing. Even though their story might not be exciting at the moment… It doesn’t mean they won’t change.

“We got lots more to share!!! Life is always changing, folks are growing up, mom & dad aren’t ever sitting still.” They penned in response to the negative comment.

Other fans support this renewal, love the TLC series

The response to news regarding whether there would be a Season 9 of 7 Little Johnstons was not negative from everyone. Many were thrilled TLC decided to renew and not cancel the series.

Many fans admit they were bummed to see OutDaughtered on in place of 7 Little Johnstons. Some, however, admit they are happy to tune into the Busby family instead. They, however, hope for more new episodes soon. Likewise, they wish the seasons of the TLC series were not so short.

So, does news of 7 Little Johnstons Season 9 excite you? Do you think a new season will come this year? Share your thoughts with us in the comments.

Todd Chrisley Slides Into Chase’s Girlfriend Emmy Medders’ DMs
Shirtless Garrick Merrifield Flaunts What He’s Got Amid The Hate
Stream This: Lucy Lawless Back For ‘My Life Is Murder’ On Acorn TV, Preview
Todd Chrisley Admits His Wife Julie Has Way More Class Than He Does
‘MBFFL’ Fans STUNNED By Whitney’s New Man, Accuse Her Of ‘Hiring’ Boyfriends