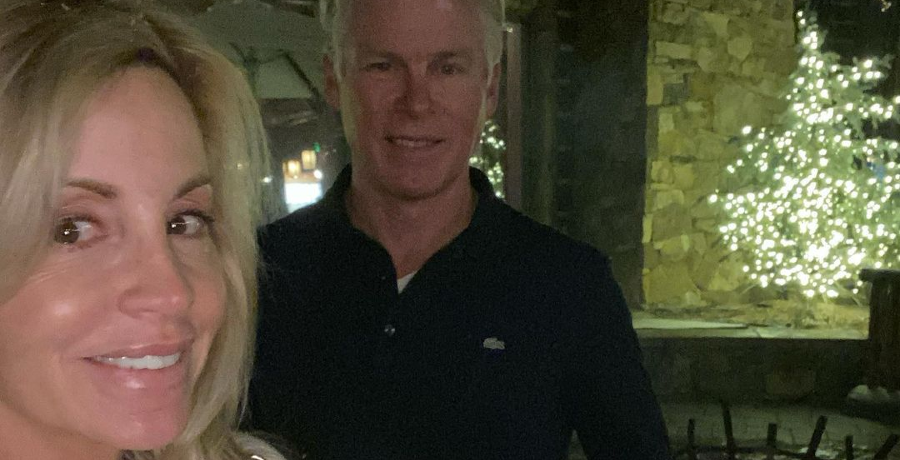 The Real Housewives of Beverly Hills alum Camille Grammer shared her honest feelings on the Frasier revival. Fans are aware of her divorce from Kelsey Grammer. The exes had a difficult divorce and do not get along. However, Camille knows how to separate Kelsey the person from Kelsey the actor.

On Wednesday, February 24, CBS This Morning producer Chris Stover revealed he’s on #TeamCamille. While he’s excited about the news of the Frasier revival, he wants to remain faithful to his favorite Housewife. He’s not sure whether he should watch it or boycott it. That divorce still permeates his brain to this day and it shows.

But Camille told Chris what he should do.

On Thursday, Chris Stover called himself a “hypocrite.” He admitted that Frasier was one of his favorite shows “growing up.” He said that “The Inkeeper” is “one of the funniest half hours on TV.” However, he’s still #TeamCamille and he’s unsure of what to do.

Camille Grammer caught wind of Chris’s tweet. She retweeted it and added: “Chris, watch and enjoy. I don’t begrudge Kelsey’s continued success. It was my favorite show as well.” As of Friday, February 26, her tweet received 644 likes. Fans were in shock over Camille’s response. Others agree with her that Frasier is a solid show.

Chris, watch and enjoy. I don’t begrudge Kelsey’s continued success. It was my favorite show as well. https://t.co/OPHeRkjmL2

Fan Don Penland noted: “I think we take away good and bad from all relationships we are in. We learn and it makes us a better person. Ultimately, forgiving that person helps us evolve to a better state of mind. We’ve succeeded mentally and are ready for the next chapter.”

Camille responded: “Well said.” The Twitter user revealed that he spoke with the former Bravo star “a few times” and he could tell she was “hurt and it was deep.” Overtime, Camille was able to heal from that part of her life. Dan said that Camille is “blossoming,” which is “the best revenge.”

Frasier is making a comeback

Earlier this week, Frasier is set to make a comeback. Camille Grammer and others may be excited. However, fans think it will be an instant flop. David Hyde Pierce and Jane Leeves confirmed that they won’t return as the beloved couple Niles and Daphne. Paramount+ announced this week that the revival series will be part of its new lineup. Kelsey Grammer will return to the titular role of Dr. Frasier Crane without the supporting characters, according to Daily Mail.

“I gleefully anticipate sharing the next chapter in the continuing journey of Dr. Fraiser Crane,” Grammer said. “Having spent over 20 years of my creative life on the Paramount lot, both producing shows and performing in several, I’d like to congratulate Paramount+ on its entry into the streaming world.”

While most fans are excited over the news of the revival, many are upset that the members of the original cast won’t return. It’ll be interesting to see how this show will go on without them. What are your thoughts on Camille’s response to Frasier returning? Are you happy to see that it’s returning? Sound off below in the comments.

Meri Brown Hangs With Her Sisters, Ponders Bonnie’s Death
‘Deadliest Catch’ Junior Leaves A Gift On Keith’s Pot, What Is It?
Is Jeremy Vuolo Still In School To Become A Pastor? Fans Have Questions
Does Henry Cavill’s Beanie Mean He’s Starring In HBO Max’s ‘Superman’?
Candace Cameron Bure Is Good Friends With These Hallmark Stars