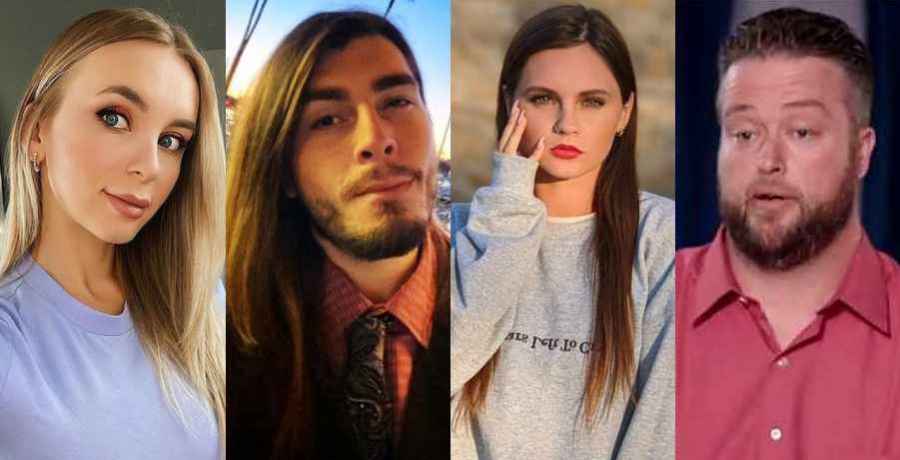 As Season 8 of 90 Day Fiance heads towards the final episode, cast members are being spotted in Los Angeles, California. Various teasers have been posted by cast members on social media, showing them hanging out in and around the city. Now fans want to know what on Earth they were all doing there?

Among the cast members are Yara Zaya, Julia Trubkina, Andrew Kenton, Rebecca Parrott and Mike Youngquist. Each has teased they were in Los Angeles at the same time. Instagram user @90daycouple conveniently put all the teases together for us to see. They captioned the image, “Rebecca, Mike, Yara, Julia and Gross Malone all posted pictures in LA…. possible Tell All?? What do you think??”

As all these people are cast members on Season 8 of 90 Day Fiance, filming of a tell-all would be the most obvious thing. This could be quite the big deal for fans, as tell-alls have been a thing of the past since COVID-19 caused production shutdowns.

A tell-all could be pretty exciting news for 90 Day Fiance fans. Recently, there has been some controversy as to whether they would continue on TLC. With the advent of discovery+, shows like 90 Day Bares All keep fans up to date with past and present couples on a weekly basis. Also, fans will remember that there was no tell-all episode for Season 2 of 90 Day Fiance: The Other Way. In fact, fans were starting to think that tell-alls were a thing of the past.

The fact that Yara and the other Season 8 cast members have been in Los Angeles together does hint at a tell-all. However, this isn’t a surefire thing. However, it is pretty clear that the cast members are filming something for the franchise. The major question is whether this is for TLC or discovery+. There is the possibility that the stars were filming an episode of the recent spinoff game show, 90 Day Fiance: Love Games. However, this wouldn’t be the same as having a juicy tell-all.

As noted by Cinema Blend, looking at the cast members themselves, a tell-all does seem likely. For instance, it’s pretty clear that Andrew Kenton is no longer with Amira Lollysa, his French love who got arrested in Mexico. So far, it does look like many of the other cast members are still together or have even gotten married.

Tania and Syngin sighting on my flight from LAX to ATL! They were nice enough to let me take a picture! from 90DayFiance

However, if it is for Season 8 of 90 Day Fiance, there is an intriguing coincidence. Fans will remember that Tania Maduro and Syngin Colchester were also recently spotted in Los Angeles. Tania made it sound like it was a once-off catering gig in her Instagram post. Following the latest news of other cast members in the city, they could have been there for something TLC-related instead. In fact, the whole L.A. thing is intriguing, but it looks like fans will have to wait to find out.