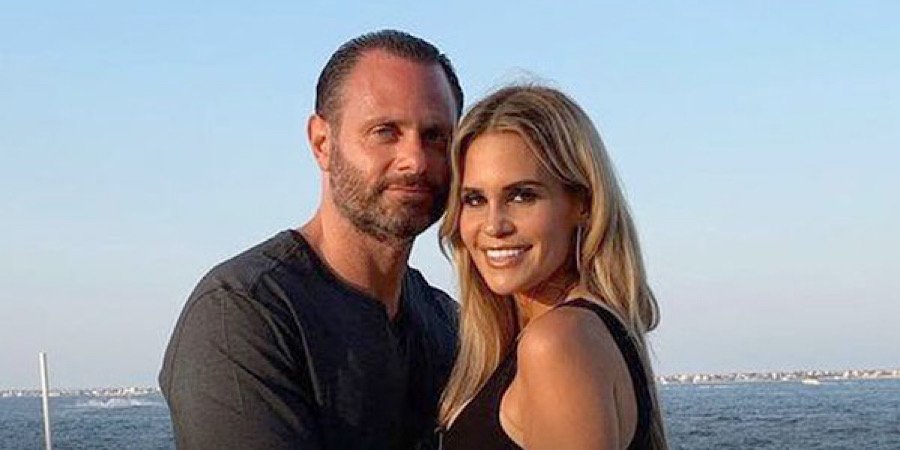 On the Season 11 premiere of RHONJ, Teresa decided to start a heinous rumor about Jackie’s husband. At his birthday bash, she whispered in everyone’s ear that he was cheating on her at the gym. She had no proof of this to be true, but the OG of NJ did not care. When they met up at Margaret’s house to talk it out, it just got worse. Jackie tried to compare it to hearing a cocaine rumor about Teresa’s eldest, Gia but this caused Teresa to erupt. How will these women ever reconcile? It’s anybody’s guess.

RHONJ and the Poor Analogy

Teresa storms out of the conversation with Jackie so she is left to explain what just happened. She says she used Gia as an analogy. Margaret points out the word “analogy” is not one this group is familiar with. Also, kids should always be off-limits. Jackie calls up her husband Evan who is furious over this lie. The ladies have a trip to Lake George coming up but Jackie never wants to be in the same room with Teresa again.

Teresa calls up Melissa who is at the shore house for daughter Antonia’s birthday. She tells her what happened with Jackie who is super close with Jackie. Melissa is in disbelief that Jackie would ever sink so low as to say something so bad about Gia. She thinks it was taken out of context but Teresa is ready to annihilate Jackie.

Jennifer goes to visit her mother. She is currently having her parents live apart with her dad living with her. Her brother married and is living in Turkey with his wife and new baby until she can become a citizen. There is so much tumult between her parents, her mother won’t even call the baby John as he is named after Jen’s dad. It is very confusing for Jennifer’s daughter. She just wants her parents to be happy.

While visiting her mom, Dolores is venting about David. She is saying how she did not tell David she was getting a tummy tuck until the night before and he got mad. Until she gets a commitment, she feels she does not owe him anything. Her parents have a non-traditional marriage so this is where she learned it from.

It is time to prep for the Lake George trip and Marge still does not know who is going yet. Especially after the insanity that ensued at her house between Jackie and Teresa. Melissa calls Jackie to find out exactly what happened and she says it was an analogy. Jackie says her intent was never to hurt Teresa but just to get through to her. That failed. Dolores is talking to Frank about the trip and David and it’s all just a mess. Frank offers to call him and have dinner with him.

The ladies gather at Margaret’s house to go on vacation. They have so much baggage, literally and metaphorically. Melissa is super icy to Jennifer especially after Jen called her self-absorbed last year. They wonder where Jackie is but she has opted not to come so she can stay away from Teresa. In the van, Teresa admits Evan is her type but the women say she should have had proof. Teresa says where she comes from, women want to know if their husband is cheating on them. Flashback to her hearing a rumor about now ex-husband Joe cheating on her and her losing it. Maybe pot calling kettle black.

Back home, David and Frank are going shooting. Frank reflects on when he had an accident and David insisted he move in with him because he had a first-floor bathroom. He will never forget that but he does know David is not the best boyfriend for Dolores. Frank says he is a great doctor but a mediocre boyfriend.

Back at Lake George, Teresa keeps trying to justify what she did but she cannot do it. She tries to blame it on tequila and keeps calling Jackie names. Jackie is not even there. They have goodie bags to open with sweatshirts, bug spray, and Advil.

At home, Jackie is spending time with her kids. She admits she is trying to put on a brave face but she is really broken. It has devastated the whole dynamic and wishes she had never introduced Teresa to the family. She is hopeful her true friends have her back in Lake George. It is time for the ladies to go out to dinner and all Teresa can talk about is the next man she will date.

At dinner, Jackie texts everyone but Teresa to say she misses and loves them. Teresa says she talked to Gia and she said she should apologize. She reminded her how hurt she was when people said Joe was cheating on her. Marge points out Jennifer and Melissa are finally getting along but it brings up bad feelings. Maybe she should not have said anything. But Jennifer apologizes and says she would like to start fresh. Unfortunately, Teresa brings Jackie back up for no reason. Then, guys buy them a round of shots and all is right.

Next week, an owner of a restaurant asks for Melissa’s number so Teresa calls her brother to tell him his wife is texting that man all day. At a guy’s dinner, he confesses he is ready to cry over the situation. Don’t miss the RHONJ Wednesday nights at 9 pm only on Bravo.