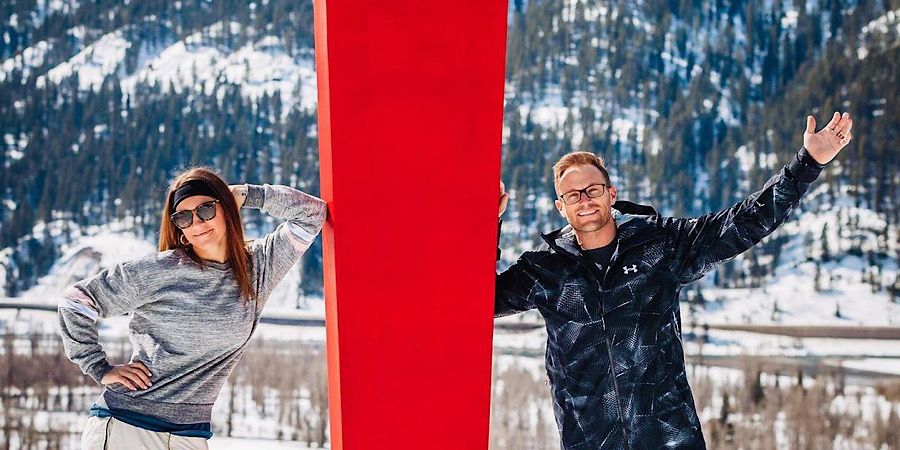 Fifteen years into their marriage, OutDaughtered stars Adam and Danielle Busby are still going strong. Though they admit they live in a “high-stress environment,” somehow the duo have managed to make it work. Speaking to People Magazine, they explain how they have kept it together, after all of these years.

For eight seasons, the Busby family has shared their lives with TLC fans and viewers. Starting in 2016, the show centered around America’s first set of all-girl quints. Parents Adam and Danielle already were parents to toddler daughter Blayke. Quickly, they went from a family of three to a family of eight and it was life-changing. But, the Busbys had to learn to adapt whilst running around with five newborns. Still, they had to pay attention to Blayke, keeping her feeling like she was just as important.

In the middle of adapting, it was discovered all the quints had heart murmurs. Luckily, they were treated with medication while Hazel has eye concerns. It has been addressed throughout the series. She’s had surgery and continues to wear glasses to correct her problems. It does not stop them from having fun and live their best life. Adam has also been open and honest about his struggles with depression. But how do he and his wife maintain a strong bond and tight marriage despite it all?  How have they stopped from completely breaking? Danielle and Adam say they put their relationship before anything.

Keeping Their Marriage Strong and A Priority

Being a parent is prime but the Busbys have chosen to make their marriage number one. “Obviously, mine and her relationship is the most important relationship in the house. And so if that’s not doing well, you know, everything in the house suffers. And we can see it whenever we get in an argument, or you just don’t feel connected,” Adam shared.

Danielle knows communication is also key to staying level. She says they like to try to go on dates when they can but admits it can fall by the wayside. It does not stop the couple, who will celebrate fifteen years this summer, from trying. “We realized you have to schedule time for yourselves. And honestly, it took putting date nights on the schedule. So every week we get out of the house and get away and just focus on us. That’s our time to talk and stuff like that,” Adam added.

Looks like they have found the key to managing six kids, true happiness, and a strong, lasting marriage. Let us know what you think in the comments below. And don’t miss the Busbys and their OutDaughtered adventures Tuesday nights at 8 pm on TLC.