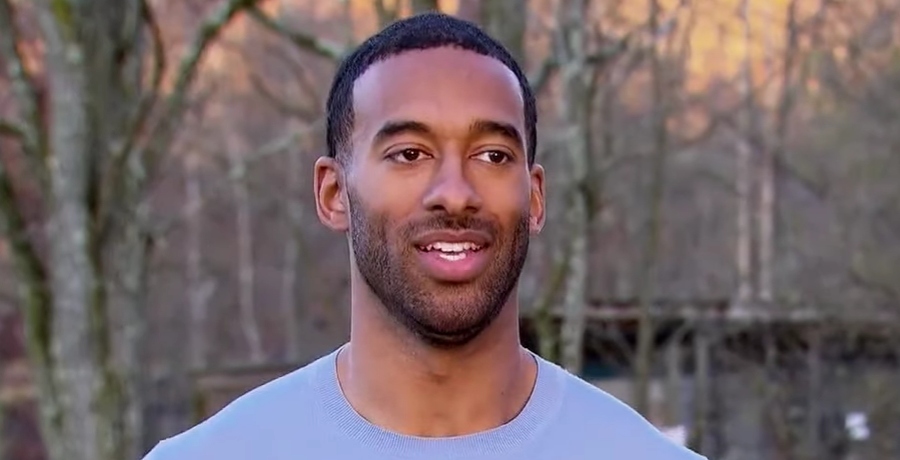 There is a weird TikTok account that is featuring Matt James and fans have been trying to figure out who is running it. One video that got a lot of views showed someone chasing Matt with clippers and saying for one hundred likes he’d shave his beard. The name of the account is handled entertainment. In the past, the guy just posted videos of himself. Then, he started posting Matt James.

The one that brings people to his account is one where Matt appears to be working at Sam’s Club. It threw people off because someone posted, “I swear this employee is Matt James.” The girl taps the man and it is him!

People commented that on his Instagram story it was a sponsored ad he did. The TikTok shows Matt dressed like an employee stocking shelves. This includes filming him walking around in a Sam’s Club vest and skinny jeans that don’t cover his ankles, with a drone.

Who Is Matt James Friends With That’s Running The TikTok?

Matt James isn’t just in Sam’s Club on the TikToks, he’s hanging out with the person. On one occasion he walks into a bedroom where the person is watching The Bachelor. Another one shows him screaming along with the TV and the caption asks fans to guess what scene is making him do it. The newest video, shown below, shows what Matt did for Valentine’s Day with some puppies.

On his, Instagram Matt revealed he was working with Sam’s Club to give important technology to schools. Some people think it’s the winner of the show’s account, and once the end of it premiers she will reveal herself. The TikTok account has gained up to twenty-five thousand followers and continues to grow.  Matt getting taken out by a palette of Kettle Korn is the funniest one so far.

The Bachelor Nation Boys Own A Charity

The account is most likely Shane Handler’s who is an executive producer at Handled Entertainment according to LinkedIn. The company is a production company that specializes in high-end brands and social video content.  A look at their website shows Tyler Cameron and Matt James videos on their front page. The two are working for their charity ABC Food Tours.
Originally they were providing activities to underprivileged youth in New York. Once the pandemic happened they changed to give out meals. They also organized some virtual recess exercise sessions according to Bustle. With just three girls and Fantasy Suites to go, Matt’s journey is winding down Mondays on ABC. Do you think Matt would be a good retail employee? Do you think it’s the producer or a winner who is filming for the account? Comment with your thoughts below.