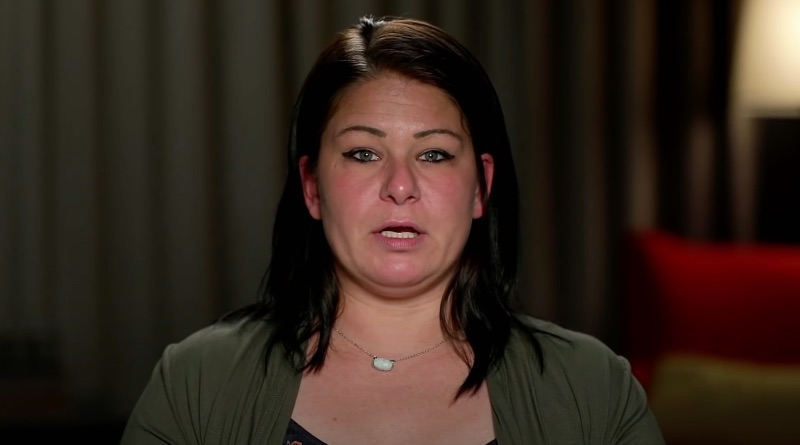 Love After Lockup star Kristianna Roth has been facing pregnancy rumors with John Miller. They circulated since she has been back on the outside. Meanwhile, her son recently put an end to the speculation once and for all.

Recently, Kristianna Roth and John Miller were spotted out and about in Las Vegas. Kristianna gained some weight since being in the clink. And because of her appearance, rumors made the rounds that she is pregnant with John Miller’s child. Meanwhile, recent Love After Lockup spinoff episodes seemingly added more fuel to the fire.

On the Love After Lockup spinoff, Kristianna Roth is a free woman once again. This is after doing time for nearly a year. And as soon as she was out, both she and John Miller joked that it was time to get right down to the baby-making. But according to someone close to the situation, that doesn’t seem to be the case at all.

Turns out, Kristianna Roth’s son recently dished on his mother – and he seemingly squashed the pregnancy rumor making the rounds. According to him, his mom isn’t pregnant with John Miller’s baby. Based on what he said, her recent weight gain is due to being off drugs – not baby weight.

So even though a baby may be in Kristianna Roth and John Miller’s future, it seems they aren’t expecting just yet. It could be they are enjoying their time together since Kristianna’s release. When she was initially released on Love After Lockup, it didn’t take long for her to wind up right back in jail. So it’s likely they enjoy the time they have together – especially since they didn’t have much time the first go-round.

Love After Lockup Star Taking Care of Herself

Whether Kristianna Roth will go back to her drug habit is a big question among Love After Lockup watchers. Her mother said in the past that the “demons got her.” And whether that happens again is a big question among viewers. Even so, according to what her son said, it seems the former felon does a good job staying away from her former vices.

Kristianna Roth’s son added that his mother is “taking very good care of herself.” And that she has been “on a good path” since her last stint behind bars. It could be that her last arrest was enough of a wake-up call for her to want to turn her life around. And at least for now, it looks like she does that. Either way, this is certainly a situation to watch as she continues to enjoy her freedom.