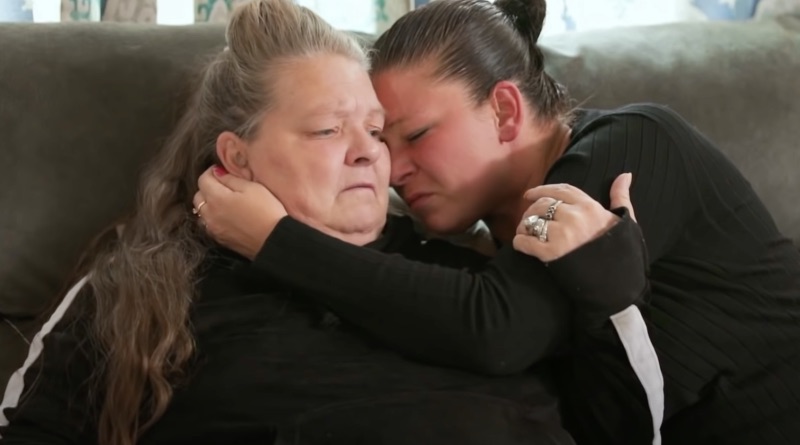 Love After Lockup cast member Kristianna Roth has her mom and sister in WEtv scenes with John Miller – and there was some confusion recently surrounding Tammy’s health.

Love After Lockup: John Miller Moves the Whole Family In

On John Miller’s first season of Love After Lockup with Kristianna Roth, the former felon was a package deal. In addition to building a life together as husband and wife, John moved her mother and sister into his home as well. And they became a big part of her storyline on WEtv.

This is especially true after what happened to Kristianna Roth not long after her initial release on the main franchise. Kristianna bailed on her halfway house and went back to using drugs. Due to her actions, she was back on the run. And she eventually turned herself in to face the music for her choices.

As viewers saw on the Love After Lockup spinoff, Kristianna Roth’s mother and sister became a crucial part of John Miller’s storyline with the criminal back behind bars. And in a lot of ways, their filming for that period of time helped move the story along with Kristianna back in prison.

One of the reasons Love After Lockup celeb John Miller moved Kristianna Roth’s mother into his home was for health reasons. And recently, there were rumors going around that Tammy passed on. Luckily for Kristianna and her sister, that’s not the case for their mother. Even though she still has ongoing health concerns, Tammy is very much alive.

A Love After Lockup fan on Facebook made a condolence post about Kristianna Roth’s mother without verifying how she is. And it turns out; Tammy is still very much alive. She has stage 4 lung cancer. Unfortunately for her mother, this stage is the most advanced stage of the disease. By this point, it has usually spread to other parts of the body. But even with that to deal with, Kristianna’s mom is still alive and kicking.

What Happens Next for the Love After Lockup Mom?

Currently, there’s a lot of Love After Lockup drama going on off-camera with Terra Sprague. She claimed that her storyline with John Miller was all for drama while Kristianna Roth was away in prison. In her mind, she helped save that storyline and keep it from being “boring” with her sister locked away.

Meanwhile, she claimed her sister lied to her and promised her more money to film for the Love After Lockup spinoff. Meanwhile, even though there currently seems to be a WEtv beef brewing between the sisters, perhaps their mother’s health is something that can bring them together and help repair the rift between them.