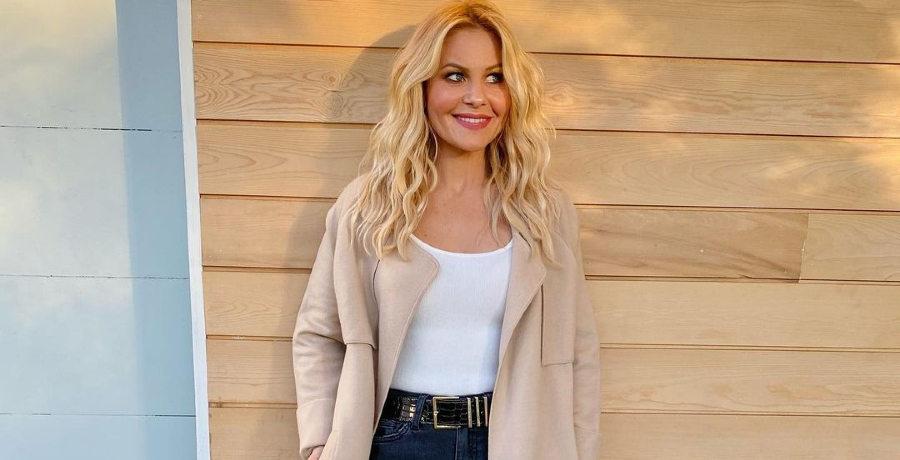 Candace Cameron Bure is reminiscing on her time spent on the Fuller House set. These days, the actress is busy filming the Aurora Teagarden Mystery film. She also revealed her secret Instagram account especially made for the movie. But she can’t let go of her iconic character, D.J. Tanner.

It’s understandable since Candace played the role since childhood. She received a nomination for her acting on the sitcom. The show has also been nominated. So, there’s a reason why Candace is feeling nostalgic. She’s calling for her fans and followers to vote for the show so it can win another Kids Choice Award.

On Wednesday, February 25, Candace Cameron posted a carousel of content from her Fuller House days. Most of it took place during Season 5 of the show. Sadly, Netflix canceled the series. The final season dropped last year on the streaming service.

The initial plans to give the show a sixth season were axed after viewership declined. But that hasn’t stopped fans from hoping that it will return. Prior to the cancelation, Candace joked about reuniting with her co-stars. This came as a shock for viewers, who thought it would pump out another 10 seasons. But nothing ever lasts on Netflix.

In her Instagram post, Candace shared behind-the-scenes photos and clips of the wedding that took place on the series finale. D.J. Tanner, Stephanie Tanner, and Kimmy Gibbler all got married on the same day. The slideshow is an intimate and rare glimpse at the cast and crew interacting on the final day of filming.

Over 92,000 fans liked the post. But some fans wanted to know the status of the show. One user commented: “We want the show back!!!! Any chance of this?!?!?! Ever?!?!” A second one added: “I just don’t understand why the show had to end. I mean, I get it…but whyyyyy????” But Netflix has a short shelf life with it comes to its original content.

Candace Cameron Bure has a nomination

Earlier this month, Candace Cameron Bure shared a behind-the-scenes video on her Instagram. It showed the cast filming the final season of the hit show.

“A pre-celebration and we didn’t even know!!” she wrote in the caption. “We found out yesterday we have been nominated for a @nickelodeon KCA-FavoriteTV Show (Family) #FullerHouse This was the biggest surprise and we are thrilled!!! I’ve also been nominated for Favorite TV Star (DJ TANNER). Shimmy, shimmy, shake over to the link in my bio to vote EVERY DAY until March 13th #KCA @fullerhouse.”

The revival of the ’90s sitcom debuted on Netflix in 2016. All original cast members returned to reprise their roles except for Mary-Kate and Ashley Olsen. The final season of the series dropped in June 2020.