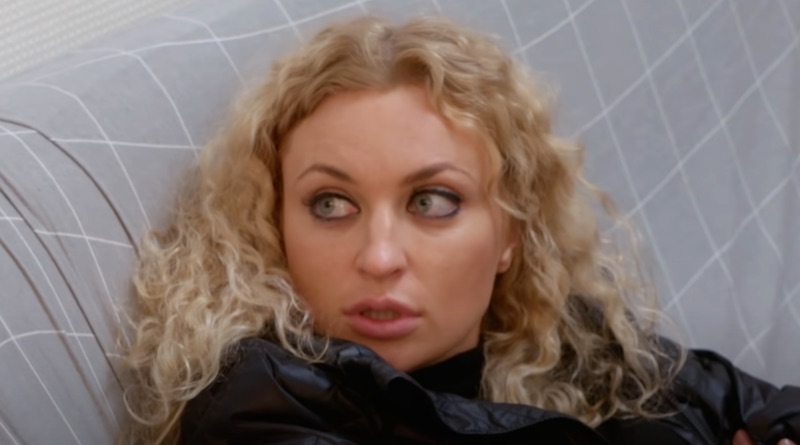 90 Day Fiance celeb Natalie Mordovtseva seemingly shows off a brand new kitchen in recent videos. Is the TLC drama with Mike Youngquist all for show?

In addition to filming 90 Day Fiance episodes, many cast members look for other streams of income. And this certainly helps to fatten their wallets. Some stars choose to go the OnlyFans route. And others do things like start their own YouTube channel. Meanwhile, it’s definitely the latter for Mike Youngquist’s bride.

Natalie Mordovtseva has a handful of videos up. You can find everything from videos in the outdoors to workout videos and cooking. Meanwhile, there’s something about her latest cooking videos that caught the eye of TLC viewers.

Turns out Natalie Mordovtseva draws a lot of attention. And this is not for what she cooks, but where she cooks it. Her latest cooking videos seem to be in a brand new kitchen. And the cooking space is vastly different from Mike’s kitchen on the farm when Natalie first arrived in America.

Because of this, many 90 Day Fiance fans speculate that Mike sold his farm. And that instead, he bought a new place for him and his wife to live now that they are officially married. Meanwhile, given all the drama the couple work through in current TLC episodes, many viewers question if their on-camera drama is all for show.

90 Day Fiance Couple Drama All for the Cameras?

From the very beginning of their journey, Natalie Mordovtseva and Mike Youngquist dealt with a lot of drama. Whether it was topics like religion or raising children, they seemed to not be on the same page right from the start. Meanwhile, those differences seem to amplify even more in current episodes.

Natalie Mordovtseva said in the most recent 90 Day Fiance episode that communication is still a major issue for the pair. She believes Mike Youngquist “isn’t interested” in talking about things like their future. Natalie is ready to get the ball rolling on planning their wedding. But Mike doesn’t seem too worried about it – even with the clock ticking.

Meanwhile, Natalie brought up the possibility of going to therapy to help with their relationship issues. Moreover, Mike Youngquist was not amused. In addition, the drastically different storylines on and off-camera have a lot of viewers scratching their heads when it comes to this pair.

Yet Natalie seems more than content in her new kitchen. When news leaked that the 90 Day Fiance pair tied the knot, it came as a shock to many viewers. And because their storyline on-camera is drastically different from the one off, many viewers wonder if all the drama is just for show.