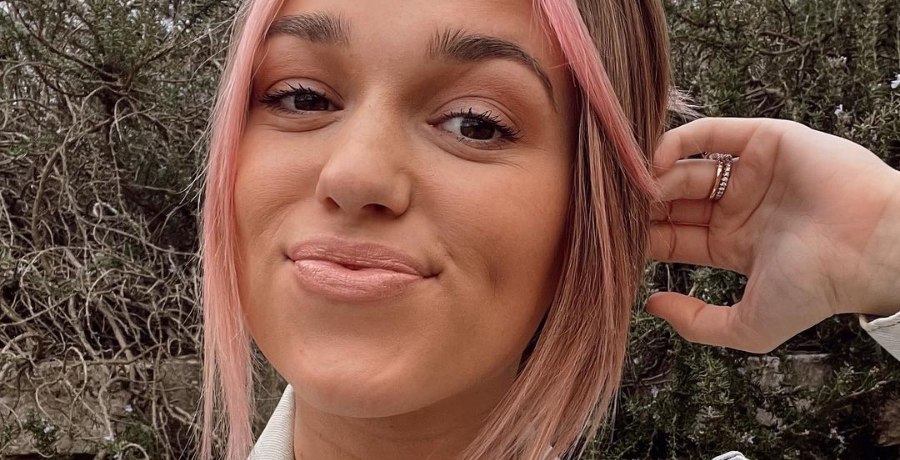 Sadie Robertson has some exciting news for her fans. The Duck Dynasty alum is working on a new devotional. On Tuesday, February 23, she took to Instagram Stories to tease her new project. Check out the photos below.

Former Dancing with the Stars contestant is working on something new

The 23-year-old is busy at work. Over the weekend, she made some time for fun. TV Shows Ace shared the photos from her baby shower. The A&E star is expecting her first child with her husband Christian Huff. Now, she’s working on another baby. On her Instagram Stories, she announced that she’s working on a “new devotional book.”

In the first photo, Sadie Robertson smiled brightly with her eyes closed. She wore a white blouse and her hair in a messy bun with a middle part. In the caption, she wrote: “starting on another book THIS WEEK! I’m sooo excited for it… hope these words truly do impact your life and God meets you where you at!”

Then, Sadie followed up with another post. This time she posted a sideways view of her desk. The photo also featured a big stack of papers. The Christian influencer has already been hard at work on it. The Whoa That’s Good podcaster wrote: “almost done with a new devotional book! final edits.” Sadie also included the sleeping emoji in the post.

This comes after Sadie shared some wisdom on Instagram. Earlier this week, she admitted that even she gets overwhelmed at times. So, now she sees rest as a “mindset” rather than a “destination.” It’s no wonder why Sadie has been so overwhelmed lately. She’s birthing a new project while she’s gearing up for the birth of her baby girl.

Last year, she dropped her latest book, Live: Remain Alive, Be Alive at a Specified Time, Have an Exciting or Fulfilling Life. The book arrived in book stars almost a year from today. Sadie Robertson wanted to work on a book that tackled relationships after her friend’s husband died by suicide. In an interview with Yahoo Entertainment, that painful experience wanted her to reach out to those in a similar struggle.

However, Sadie is not a licensed therapist or counselor. She knew she wasn’t qualified to write about the subject of suicide. But she did want to give some sense of hope.

At the time, Sadie called the book “a breath of life.” While it doesn’t offer professional help, it helps those “who just need to know that their life is worth living and how to turn it around a little bit.” And she released it at the perfect time when the coronavirus pandemic was crippling the U.S. She wanted to deliver a message of hope in these challenging times.

And now, the Live Original founder wants to continue to be an inspiration. What are your thoughts on Sadie’s new devotional? Sound off below in the comments.