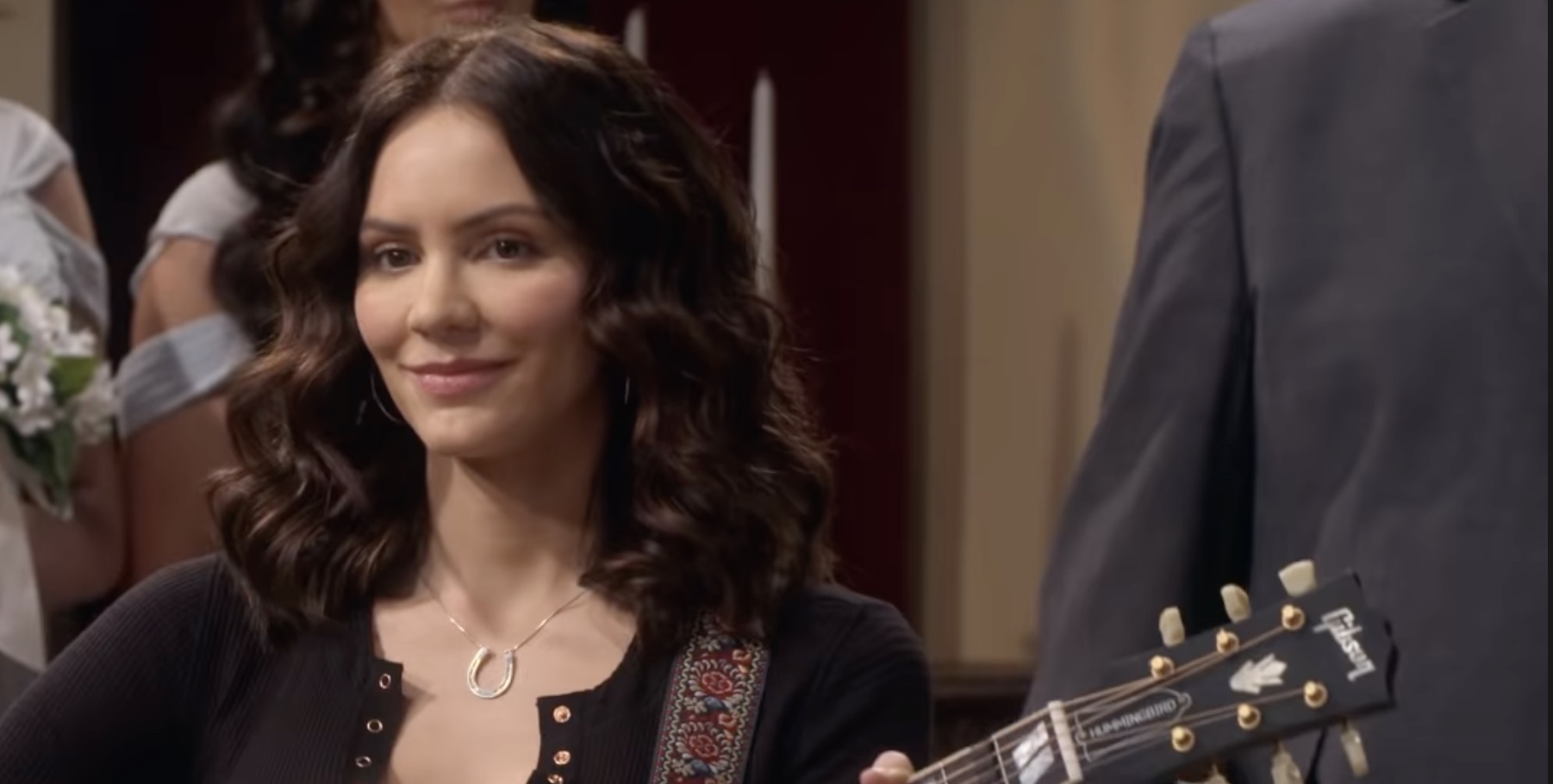 Imagine if The Nanny and Sound of Music were morphed into one show, and taking place in Nashville? Add Eddie Cibrian and Katharine McPhee and you have Netflix’s latest series, Country Comfort.

Ready to go to Nashville and check out Country Comfort?

What Is Netflix’s Country Comfort About?

Country Comfort is the latest series from Netflix. What is it all about? According to the preview, this is what this family-friendly comedy is all about. Aspiring country singer-guitarists Bailey (McPhee) is show singing with her band at a small Nashville club. As she strums her guitar and sings, Bailey clearly loves music.

Next scene, Bailey is told that “something needs to change.” Their band is going nowhere fast. Bailey is game. What can they change? He takes a big sip of courage and says “You’re out!” Then he points at a cute blonde at one of the tables, “She’s in!” Now, Bailey is without a band or a gig.

How Bailey Became A Nanny In Country Comfort

However, thanks to the five kids in the house, Bailey finds herself telling some pretty big lies. Turns out, they have been through nine potential nannies already. The kids seem to like Bailey and they try to convince Summer (Janet Varney) that she is their new nanny.

Then, she finds out that their mama died two years ago. The kids are certainly acting up because of this tremendous loss. Beau (Cibrian) points out that the kids have really taken to her. They have all bonded singing and performing music.

Moreover, Bailey is rather stuck, as one of the kids points out, “who else is gonna take you?” She has actually found her perfect place. Bailey gives love advice to one child based on a tv show. She saves another child’s life in a tornado. There is still one child that is not really responding, but we will have to watch the Netflix series to find out how Bailey endears herself to him.

She also endears herself to Beau, who states, “You are just about the worst nanny we’ve ever had, but you’ve got a heart the size of Texas.” Is that the spark of a romance sizzling in the background?

Ready for some Country Comfort?

Will there be some fun Nashville cameos in Country Comfort? The preview does show a cameo with Cibrian’s wife, country star LeAnn Rimes. Maybe she will be singing along as well?

When Can You Binge On Netflix’s Country Comfort?

You can start streaming the Netflix series Country Comfort on March 19. In addition, there will be 10 episodes in the first season.