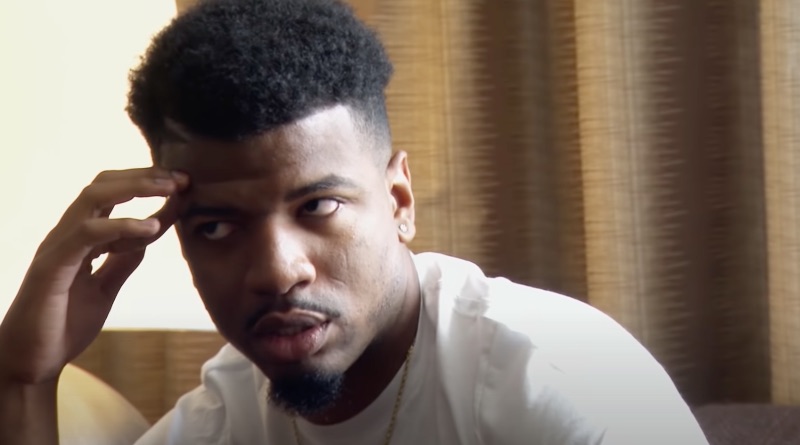 Married at First Sight husband Chris Williams seems to want a divorce from Paige Banks based on the latest Lifetime spoilers for the next episode. Chris has been the source of drama from the start. Does he already want out?

In many ways, Chris Williams’ marriage to Paige Banks on Married at First Sight in Atlanta has been a disaster from the start. Chris slept with his new wife – only to reveal later that he didn’t find her attractive. Meanwhile, in recent episodes, he dropped the bombshell that his ex is pregnant with his child. And it has been one thing after another for Paige Banks to deal with.

Meanwhile, in last week’s Married at First Sight episode, Chris Williams took out his frustration on the other husbands and wives as well. It was going to be a fun getaway as the Lifetime couples honeymooned in Las Vegas. But things escalated when Chris got into it with other cast members for being all up in his business.

In particular, Chris got into it with Virginia Coombs over the drama going on in his marriage with Paige. And that caused even more drama for everyone involved. Meanwhile, based on the latest spoilers, Chris may already want out of his marriage.

Does Chris Want Out?

Chris says during a conversation with his wife that he is not here to waste his time or hers. Not long after that, both spouses cut their microphones. Later on, Paige Banks spills to producers that Chris is trying to “get back with his ex.” He recently found out that his ex carries his child – and he even told his new wife that he still has feelings for his former flame.

Not surprisingly, Paige Banks says she is “disgusted” with the entire situation. Especially after she and Chris were intimate, she really put forth a good effort despite all the curveballs she got since day one. But it’s clear, based on the latest Married at First Sight spoilers, that this may be the last straw for her.

She tells production that Chris already consulted an attorney about getting the divorce proceedings underway. And it looks like that might be a wrap for this short-lived marriage. There was drama from the start. So it wouldn’t be a shocker if this is how things end. Still, it looks like there’s a lot of drama ahead as this situation unfolds. And based on teasers, Paige isn’t going to let Chris off the hook that easily.

Anna Duggar Reportedly Stays With Josh At Guardians’ Home Most Nights
Audrey Roloff Reveals Why She Kept Her Pregnancy A Secret
Todd Chrisley Admits His Wife Julie Has Way More Class Than He Does
‘Seeking Sister Wife’ Garrick, Dannielle, & Bert Living Separate Lives
‘General Hospital’ Spoilers: Is A Maxie Recast On The Way?