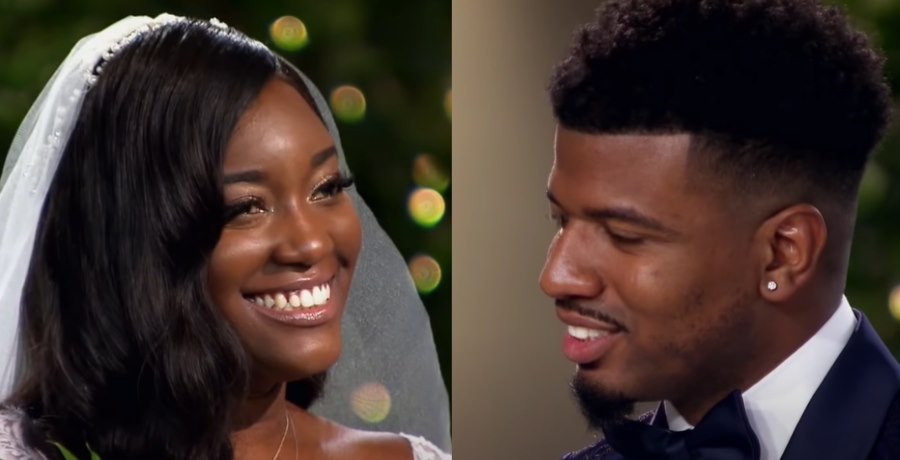 Married at First Sight star, Paige Banks has learned that what happens in Vegas is not staying in Vegas. While on her honeymoon with her husband, Chris Williams, she learns that his ex-fiance is pregnant with his baby. A bombshell she is going to have to continue dealing with after their romantic getaway in Las Vegas. However, Paige is standing by her man. Choosing to only focus on the good qualities of her new husband.

Paige Is “Honored” To Call Chris Her Husband

Fans haven’t forgotten Chris’s behavior. This includes telling his wife after they’ve been intimate that he is not “physically attracted” to her. Paige remains committed to the process despite it all. “I think he’s very ambitious and goal-oriented,” she laments in a joint interview with Chris on her honeymoon. “I think he has the ability to be a great provider, not just financially, but someone who can be able to lead our household if we foresee a family in the future. [I think] he has a lot of admirable qualities.”

Paige continued, “I think he’s very humble for everything he’s accomplished in such a short period of time. I’ve never met someone as well accomplished as [him]. I’m honored to call him my husband because it’s encouraging to see a man start from such a lowly place in life and it didn’t let it define him.”

Paige definitely sees something in him that fans don’t. In a Reddit post, one commenter says, “Paige seems like a genuinely nice, good person and deserves the same. What she is getting is an immature, shallow, materialistic chauvinist. Obviously, some people can ‘fool’ the experts, but this guy is a walking red flag right out of the gate!”

Chris Is Determined To Make Things Better For Paige

In tonight’s new episode of Married at First Sight Chris is trying to put his best foot forward.

He boasts about his love for Paige’s personality in their joint interview with E! News. “What intrigues me most about my partner during the honeymoon phase and as we embark on the journey of marriage is her personality,” he says “She has an amazing personality and it makes it easy to get along with her because of that. She has a strong level of intelligence…I love being around people who are smarter than me.”

At least he recognizes that Paige is too smart for him. MAFS fans are skeptical to think this trainwreck is going to make it. Do you think this marriage is doomed?