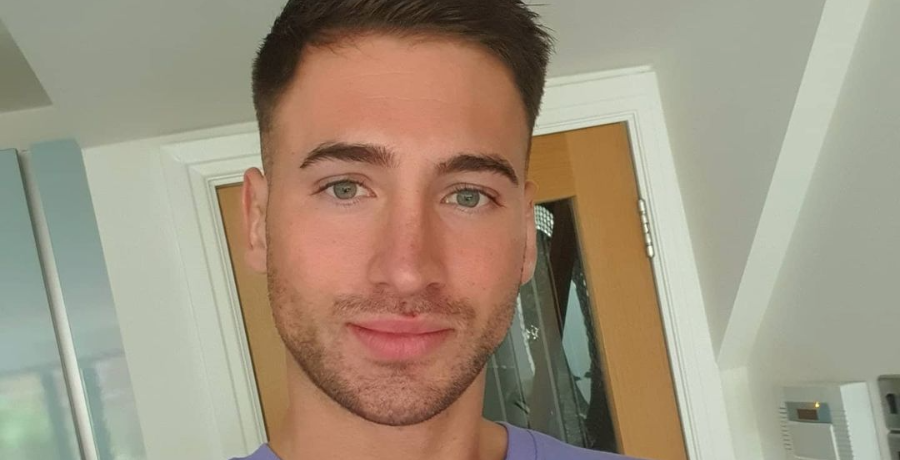 The women of Below Deck looked gorgeous at the Season 8 reunion. On Monday night, February 22, the crew reunited virtually for a special episode of Watch What Happens Live with Andy Cohen. The occasion called for casual dress. But some of the men didn’t get the memo.

All four female crew members looked their best. As for deckhand James Hough, some viewers thought he looked like he just returned from the gym. He opted for a T-shirt that read “FLEX” across his chest. But he wasn’t the only one.

Former deckhand Shane Coopersmith thought a T-shirt was appropriate attire. Although James didn’t dress sharp, all eyes were on his eyebrows.

The Below Deck Season 8 reunion shared some new revelations. One of those was a secret about James Hough’s eyebrows. Some of the crew members couldn’t believe how ridiculously perfect they look. Somehow, his eyebrows became one of the most pressing issues of the night.

Fans were hoping for more drama. According to Reality Blurb, they felt that it was “rushed” and “boring.” Some feel that more of the drama should have been addressed. Previous reunion episodes have had two or three parts. But viewers think host Andy Cohen wanted to get this one over with.

They think he’s sick of hosting virtual reunions. The Real Housewives shows returned to in-person reunions. Instead of the drama, Andy wanted to know more about James’ grooming habits.

“James, you really pluck your eyebrows to be held, don’t you?” he asked.

“Yeah!” James exclaimed. “And when I’m not on the show, I did a horrendous job. I actually had to go to someone to get them sorted. They were an absolute mess, yeah.”

Though James had a mishap, third stew Ashling Lorger said his eyebrows were “on point.” Lead deckhand Izzy Wouters told everyone that James’ beauty secret includes filling them every morning. He even used Izzy’s eyeshadow to “fill them in” and “make sure they were extra perfect.”

But James didn’t appreciate her sharing his secrets with the world. He tried to change the subject and asked, “Why do we always say it like I’m the only one who does their eyebrows? Many men do!”

Andy responded, “Captain Lee, Eddie, and I don’t.” James fired back, “Maybe you need to.”

Below Deck fans call out his unprofessional behavior

While most Below Deck fans claimed the reunion was “boring” and “rushed,” others noted the lack of professionalism from James himself. Some viewers noted that he looked down at his phone several times throughout the taping. Maybe he was as bored as the viewers were at home. At the beginning of the episode, James did mention that he’s never watched a reunion before in his life.

He expected it to be some kind of Comedy Central Roast. Other viewers thought it was inappropriate for him to be hanging out in sweats while his dogs roam around in the background.

“Anyone else mesmerized by James’s [two] dogs in the background of the reunion taping,” one person wrote.

“Way to get dressed up for the reunion, James,” a second added.

Below Deck was cut short this season due to the coronavirus pandemic. But there was plenty of drama that could have been hashed out at the reunion. Many fans feel it ended on an awkward note. The Below Deck production team is already getting ready to film Season 9.