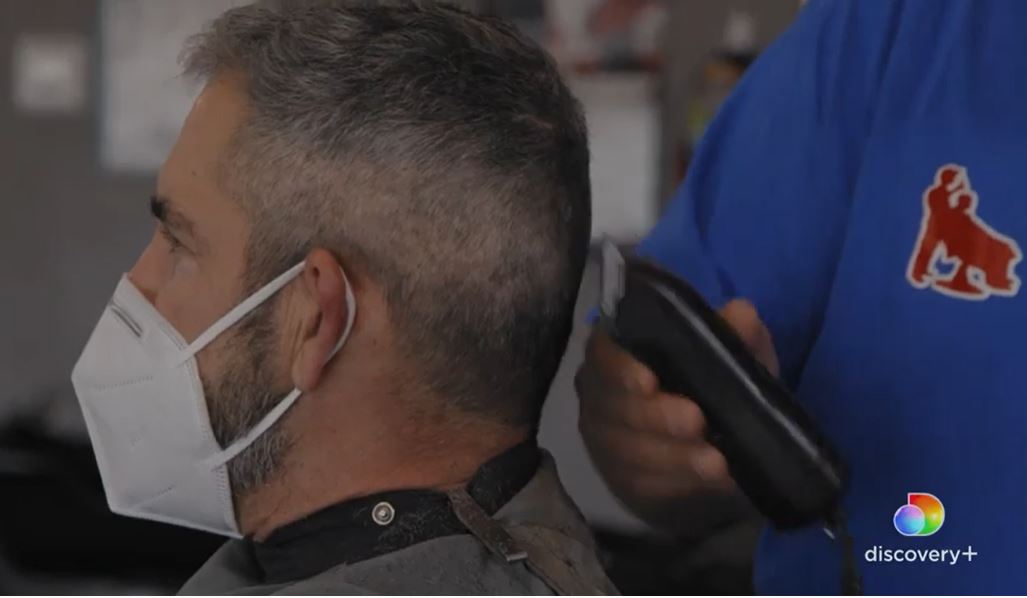 Grant Cardone is a master at marketing and salesmanship, and his masterclass is in session for the next Undercover Billionaire on discovery+.

Cardone got a $50 hair cut, but his plan was to get up close and personal to a man who might have millions to invest in his whale investment plan/scheme in Pueblo.

The whale in question is the famous Kona Kai apartments, and its ripe for the picking as Grant shares more investor wisdom.

What happens to Grant Cardone the next Undercover Billionaire?

He says: “Y’all think you need social media to make a connection? I’m going to old school. I am going back to the barber shop. I’m gonna go get me a haircut.”  He explains that in every town in America, the barber shop and the beauty shop owners are key.

He adds: “They know everyone in town and they like to talk.” After Grant is seated and introduced himself he susses it out. He shares he just moved to Pueblo and was starting a business working with Matt Simon.

He tells the barber about his bid for Kona Kai, a huge apartment complex.

Grant says: “Yeah, it’s pretty cool. So I’m looking for partners and I’m a new I’m in a new place. I don’t know anybody, nobody knows me so anything you can do to help me…”

Sure enough, the barber knows a guy who knows a guy. A plan is hatched and the wheels are in motion for Grant to mine another source of capital.

He says: “I make contact because interactions lead to transactions…contacts lead to contracts and interaction with just one person could be the link to a multi-million dollar transaction. Look, I don’t need to drop fifty dollars on a haircut but I do need to make  contacts if I am gonna make this apartment deal happen. I’m gonna need some moolah. I’m gonna need stacks and racks. If Derek (Barber) actually can get me leads and investors, [and] if that pans out this $50 haircut that I didn’t need could be worth millions.”

Monique Idlett-Mosley is placed in Tacoma, Washington. She runs Mosley Music Group with her now ex-husband, musician Timbaland, managing the careers of One Republic, Nelly Furtado and Chris Cornell.  Pueblo-based Grant Cardone is a real estate investor, entrepreneur, motivational speaker, and author of best-selling book, the10XRule and Be Obsessed or Be Average. And Fresno bound Elaine Culotti is a real estate developer, interior designer, and builder who developed and built everything from luxury homes to casinos and hospitals.

The series is a continuation of the first season where the world was introduced to Glenn Stearns. The billionaire was dropped in Erie, Pennsylvania with 100 bucks, and old truck and no access to his contacts. He also suffered serious health issues.

He parlayed all of that into Underdog BBQ, a successful restaurant currently looking to franchise out the name.

Tune in to see if Grant’s barber Derek makes it rain fro him: