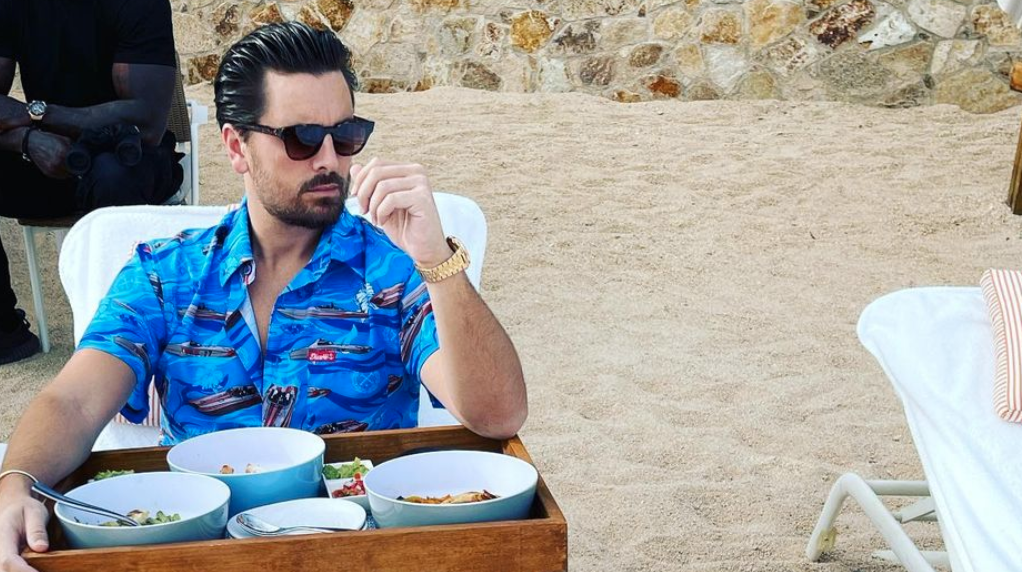 Scott Disick is hanging out with his kids and girlfriend and it looks like they are having fun. The whole group was spotted in Miami catching a flight.

Scott Disick out with the kids

Scott has been hanging with his girlfriend Amelia Gray Hamlin – a star on  Real Housewives of Beverly Hills.

Now, the pair have been spotted getting on a flight with Scott’s three children. Of course, he shares those kids with Kourtney Kardashian.

It seems like this would be an interesting dynamic considering Amelia’s age. The star is only 19. However, apparently, it isn’t too big of an issue.

What does the KarJenner family think?

Despite the age difference, the whole Kardashian and Jenner family is supportive of Scott. A source even says that Amelia is a great influence on Scott. This is great considering his history with alcohol and partying.

“The Kardashian-Jenner family is super supportive of Scott and Amelia’s relationship. They really like the two of them together and think Amelia is a great influence on Scott,” a source says. “Scott and Amelia are in a really good place. They have a lot of love and respect for each other and it shows.”

Despite this approval, a source says the couple is keeping the relationship pretty casual. It seems they are just getting to know each other.

“Scott and Amelia are having a blast together. They’ve been going out with friends, spending time together, and overall just having a really good time. They’re still not super serious and are just taking things day by day and keeping things light and fun,” the source says.

Could this be for Kourtney Kardashian?

Obviously, Kourtney doesn’t go for this. But, it seems the couple will have undeniable chemistry between them. Wouldn’t that be the perfect ending to Keeping up with the Kardashians?

Do you think Amelia is too young for Scott Disick? Let us know what you think of the couple in the comments below. Come back to TV Shows Ace for more news on all of your favorite Kardashian family members.