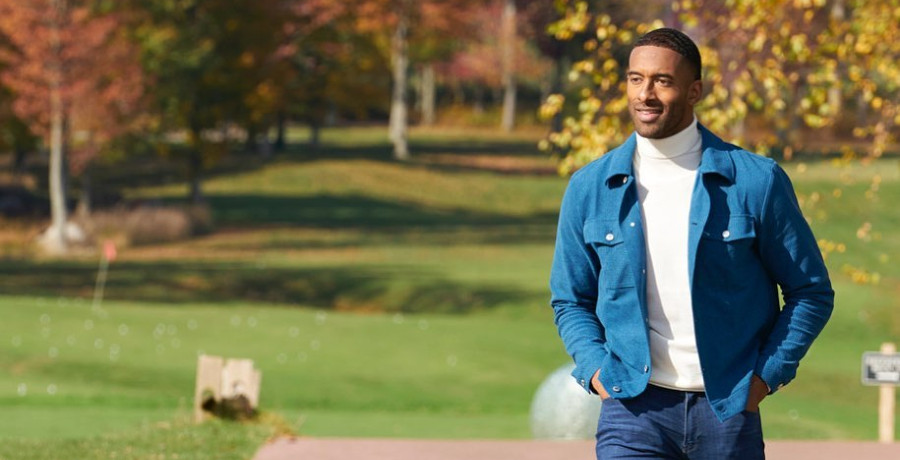 Since the filming of The Bachelor ended, Matt James has had quite the makeover. The latest episode of the ABC hit show featured hometown dates of Matt’s final four. By the end of the night, there were only three women left, as one chose to end her romance with Matt.

Since the season is winding down, the network will air the Women Tell All special next week. As the preview showed, Matt James makes an appearance at the reunion. He is sporting a new look and fans have some thoughts about it.

If you’ve been watching Matt James’ television interviews since the Bachelor premiere, you already know about his new look. Since the end of filming, Matt James has seemingly given up his razors. Extending No-Shave November into No-Shave Ever has given him a bushy beard.

While the season was airing, viewers reacted harshly to Matt James’ fashion sense, or lack of fashion sense. His facial hair was a hot topic on Twitter shortly after the promo aired.

And not in a good way. Most fans are of the mind that the beard isn’t a good look for Matt James.

Throughout his season, viewers have made jokes that the former college football player looks exactly like Larry the Cucumber from Veggie Tales. After seeing Matt James’ beard, one fan took the opportunity to give Larry a beard. The resemblance is uncanny.

Matt coming through in the reunion like.. #TheBachelor #TheBachelorABC pic.twitter.com/ai9bHdQAa5

Not everyone hated Matt James’ new look. After some consideration, Twitter user @bachelolz didn’t hate it.

a progression of my feelings when seeing matt’s beard #TheBachelorABC #bachelor pic.twitter.com/MhWJAJWsVB

Matt James is used to being the one doing the dumping. On the latest episode, he became the dumpee once again. Final four contestant Serena Pitt wasn’t feeling it with The Bachelor. After telling him that she didn’t think he was “her person,” she sent him on his way.

Even though there were only three ladies left, the show went on with the rose ceremony. People reports that Bri Springs was less than enthusiastic about getting her rose last. She “wonder[s] where Matt’s head is at” after the diss.

Viewers will have to wait two weeks to see if Bri Springs sticks around or not. The Women Tell All special will bring the drama, though. The other women seem to confront “Queen” Victoria over her bullying. There are rumors that an announcement about the next Bachelorette will air during the special.

Are you a fan of Matt James’ new facial hair? Or do you prefer him with a clean-shaven look? Join our Facebook group and drop your thoughts in the comments.