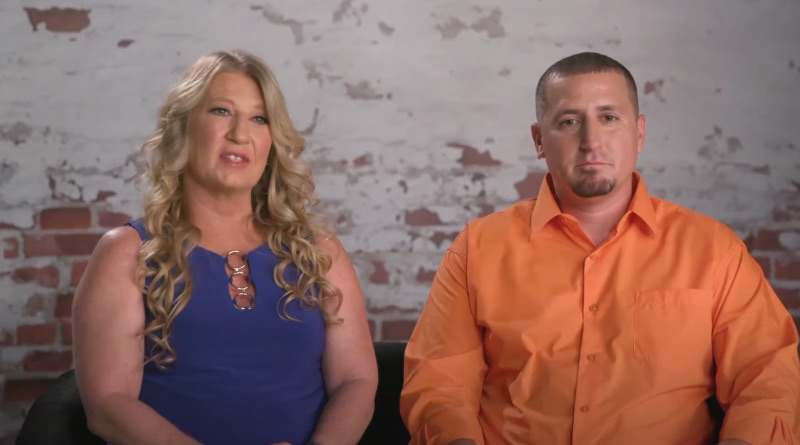 Love After Lockup cast members Tony and Angela Gail have a long history on the WEtv show and its spinoffs. Are they back together?

A recent social media update from Angela Gail has some Love After Lockup viewers scratching their heads. This is particularly true after everything she has been through with Tony in recent years. The mental health professional shared an update on Instagram, seemingly getting cozy with the WEtv convict.

Angela Gail and Tony get cozy in the cold weather in her latest update. Meanwhile, she wrote: “Just wanna spend the rest of my life with you.” Meanwhile, considering how things played out on-screen between this pair, this latest update has a lot of watchers wondering if the estranged pair are back together.

Angela Going Back to Her Old Flame?

Tony revealed recently on the Life Goes On spinoff that he was glad to hear the news of Ross being back in jail. After things hit the fan with Tony recently, Angela found comfort with another felon guy. Meanwhile, just when things looked good for the pair, Ross was back behind bars.

Still, in a lot of ways, Ross back in jail seemingly cleared a path for Tony to get back in Angela’s good graces. And, being the hustler Tony is, it wouldn’t be shocking to see him use that turn of events to his advantage. But, given their long and complicated relationship history, did Angela get back with Tony?

Love After Lockup Pair Back Together

Angela Gail recently dropped a bombshell on the Life Goes On spinoff. Turns out, she and Tony are an item once again. And it was a shocking reveal that viewers could only see on the WEtv app. Angela said that Tony “cried like a baby” and begged for her forgiveness. And even after everything they’ve been through, it looks like it worked.

Meanwhile, the Love After Lockup former felon added that he is “very happy” with how things turned out. Because he is once again with the woman he loves. As viewers know, this WEtv pair have a volatile relationship on-camera at times. But at the same time, they always seem to find their way back to each other when it counts. And based on the latest updates from the couple, that certainly seems to be the case – for now.

According to Angela, she didn’t take Tony back because of his prowess behind closed doors. She said she took her man back because she cares about him – and she cares “where he ends up.” Angela added that Tony needs someone that can hold him accountable – and she seems more than willing to resume that role in his life. And as a bonus for viewers, they may appear in more episodes now that they’re officially back together.