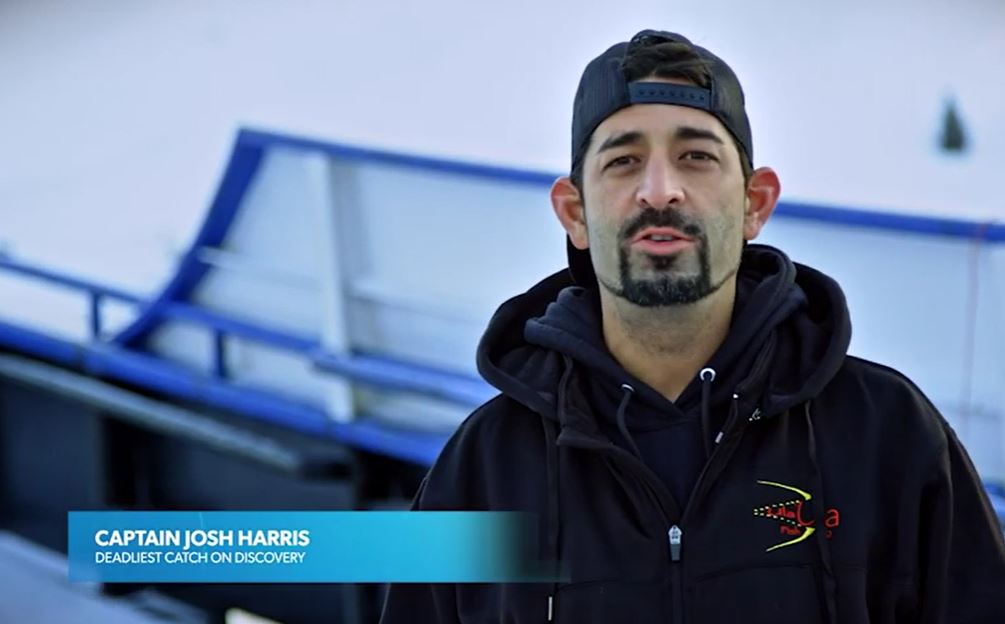 Discovery’s Emmy-winning reality show Deadliest Catch is coming back for a remarkable season 17, and the captains are here to remind people to keep masked up until the numbers go way down for COVID.

Just because you may have received the vaccine(s) for COVID, it doesn’t mean you are free to move about the cabin without a mask.

We are getting closer to that, but for now, Discovery want to share the information that masks still matter. Today, TV Shows Ace has the exclusive PSA clip for season 17 of the series that takes us out into the frigid Bering Sea.

It is a PSA with Captains Sig Hansen (F/V Northwestern) and Josh Harris (F/V Cornelia Marie) who talk about the importance of wearing a mask right now. The message is so timely, and especially coming before their 17th season return.

The Deadliest Catch cast, crew and network think it’s so important to remind people that we are not out of the woods yet, and to help the captains share the message on stopping the spread.

About the Deadliest Catch PSA for COVID

Being a ship captain means being prepared for just about anything – even a global pandemic. The CDC partnered with Discovery for a PSA featuring the stars of Deadliest Catch, one of cable’s top shows returning for its landmark 17th season this spring.

The spot, which was shot in Dutch Harbor, Alaska, with Captains Sig Hansen and Josh Harris, encourages the importance of wearing a mask as they take on one of the world’s most deadly jobs.

In the opening of the clip, Captain Sig Hansen says: “Being a ship captain means being prepared for anything.”

Captain Josh Harris adds: “We’re the ones responsible for making sure the crew makes it to port, safe and sound.

Hansen says: “We have one of the most dangerous jobs on the planet, but right now, it’s dangerous everywhere. So when medical experts say to wear your mask to fight the pandemic, wear your mask.

CDC Deputy Director Jay Butler says: “Sig and josh are right, safety comes first and the best way to prevent the spread of COVID is to wear your mask.”

The U.S. Department of Health and Human Services (HHS) worked directly with Discovery on developing the spot, which airs on Discovery starting later this week.

Where did season 16 end?

Back in last September, the finale of the series (shot in mid-February) when the COVID-19 pandemic began to make news across the globe.

The production team and the captains fishing out of Dutch Harbor, Alaska had to think fast. In an interview with TV Insider’s Kate Hahn, executive producer Bill Howard said: “What began as worries about the safety of loved ones in Seattle, where most of the captains have families, quickly grew to include concerns that the global seafood market could be negatively affected by lockdowns and travel restrictions.”

Prior to that, in an April 29, 2020 interview I had with Sig Hansen, he told me that he felt for the people losing business due to COVD, but to “suck it up” so we could all get back to a normal life.

“…But at the end of the day, if you have a common goal, it’s like when you’re fishing everyone has a common goal. And I think with this, the goal is to stay indoors. If everybody just gets on that same mindset, then you’ll be able to rip that band-aid off that much sooner. They have got to understand that and then just dig in and do it. But my heart goes out to people that have lost work or that can’t afford to be in that position, or if you’re home alone and you’re a single person, this is horrible. As far as us [crabbers], we are out months without communication, rationing food, it’s no different, but we have a common goal. They are going to have to just suck it up and then realize that when it’s over, there’s your reward. Be proud of that! Anybody that cries about, “I can’t go on a date or I can’t go to the movies or I don’t get to do this” — suck it up, buttercup. It’s a small piece of time. It really is. But I mean for most people that are not used to, I get it. You are just going to rip the band-aid off slower and make it more painful, do more damage. And that is dumb.”

TV Shows Ace has the jump and PSA exclusive: