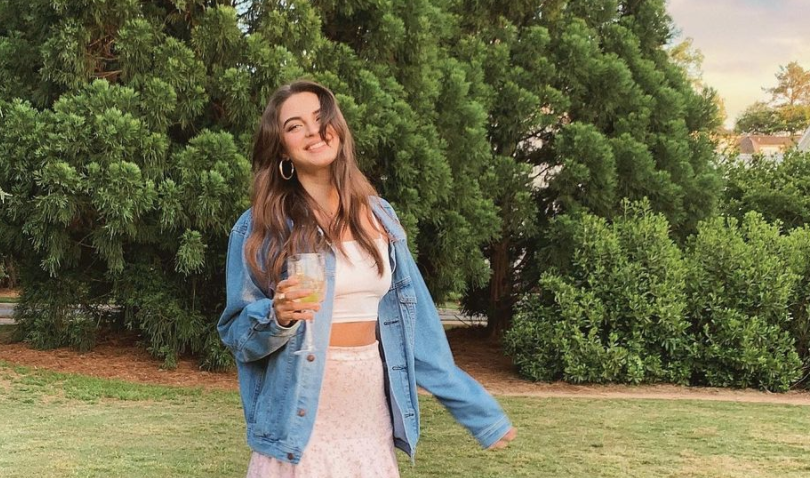 The Bachelor is on tonight and it’s finally hometowns. However, not all is going smoothly. In fact, Rachael Kirkconnell quite literally fell out of the sky for Matt James tonight.

**Warning, spoilers about the winner of The Bachelor ahead**

Rachael Kirkconnell falls out of the sky

On tonight’s episode of The Bachelor, Rachael and Matt get to go on their hometown date together. Everything seems to be going great as Rachael takes him sky diving. She did this to make sure Matt trusts her. After they jump out of the plane, Rachael has a really rough landing.

From the episode, it looks like the person assisting Rachael actually fell on top of her as they both rolled over into the grass at a high speed.

Of course, Matt James instantly jumps up to see if she is okay. Once they finally get to talk, he reveals that it’s awful to see someone you are “falling in love with” get hurt.

While this was a huge moment for the couple, it seems like interesting timing. First, they are very hyped up on adrenaline. They just jumped out of the sky after all. Then, he saw Rachael get pretty badly injured. That had to have been a shock to the system.

Of course, they shared a pretty emotional moment while Matt told Rachael that they are just getting started in their relationship. It seems there is a pretty good chance that the couple bonded so hard because they were in a near-death experience together.

Despite this close moment, Matt and Rachael have actually already broken up Reality Steve says. Rachael is the one who gets the final rose, but it doesn’t seem to last long.

“(SPOILER): Not that Matt’s statement wasn’t pretty clear itself, but I can confirm that Matt and Rachael have broken up.”

Of course, Reality Steve didn’t say why they split. But, it could be due to all of the drama that has been going on with Rachael as of late. It’s been so intense, Chris Harrison has even left The Bachelor. It will be interesting to see what the couple says on After The Final Rose.

Are you watching The Bachelor tonight? Do you think Matt picks Rachael because of the near-death experience? Let us know in the comments below.

Come back to TV Shows Ace for more news on all of your favorite Bachelor Nation couples.