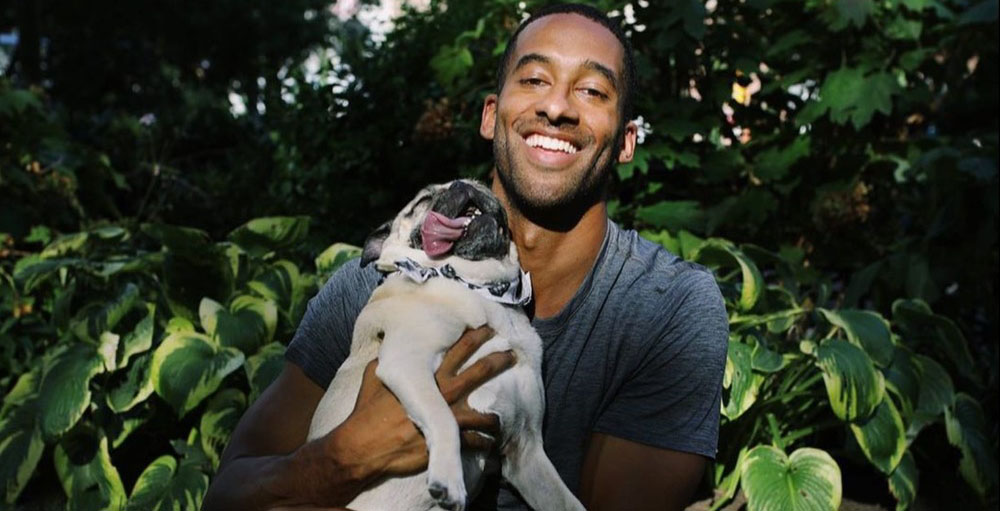 Matt James releases a statement on his Twitter. This comes just a little over an hour before tonight’s (February 22nd) episode airs.

While the Bachelor franchise regularly claims that the current season is more dramatic than the last. Consequently, this holds true for Matt James’ season. Seemingly the epitome of Bachelor drama are the events that lead to longtime host, Chris Harrison stepping down.

It seems that Matt James recognizes that he needs to address the drama going on during his season. This is even if “there are several episodes left of the season.” Notably, the current Bachelor recognizes that it is “important that [he] take the time to address the troubling information that has come to light since we wrapped filming.”

Apparently, Matt James is catching wind of the drama as things unfold. It is shocking to think that he’s learning these things at the same time as the rest of Bachelor Nation. In his tweet, he writes, “The reality is that I’m learning about these situations in real time.” James goes on to write that, “it has been devastating and heartbreaking to put it bluntly.”

A Recap of What He is Referencing

The situation that Matt James is referencing is the photos of Rachael Kirkconnell. The pictures surfaced from 2018 and depict Kirkconnel “celebrating the Old South.” Ultimately, Chris Harrison’s comments seem to downplay the heart of the matter. During an interview with Rachel Lindsay, Harrison shares his thoughts on the photos. “I don’t disagree with you. You’re 100 percent right- in 2021. That was not the case in 2018. Again, I’m not defending Rachael,” says Harrison. He goes on to say, “that was the type of party that a lot of people went to.”

In Matt James’ tweet, he seems to expound on how Chris Harrison’s lack of empathy seems like a failure on The Bachelor franchise.  “Chris’s failure to receive and understand the emotional labor that my friend Rachel Lindsay was taking on by graciously and patiently explaining the racist history of the Antebellum South, a painful history that every American should understand intimately, was troubling and painful to watch,” shares James.

The Bachelor Recognizes the Good and the Bad

However, Matt James doesn’t solely focus on the devastation and heartbreak. He acknowledges that this incident “sparked critical conversations and reporting, raised important questions, and resulted in inspiring displays of solidarity from The Bachelor nation.”  Furthermore, he recognizes that this situation requires some reevaluation. He writes, “It also pushed me to reevaluate and process what my experience on The Bachelor represents.” Eloquently put, he also writes, “not just for me, but for all of the contestants of color, especially the Black contestants of this season and seasons past, and for you, the viewers at home.”

Matt James wraps his tweet up by letting fans know that this isn’t the last they’ll hear from him on this topic. It seems like he wants to “process this experience.” He lets fans know they “will hear more from [him] in the end.” Lastly, he shares a prayer. “My greatest prayer is that this is an inflection point that results in real and institutional change for the better.”

In just a few short minutes, The Bachelor fans take to the comment section of this tweet to share words of support. One fan seemingly points out the burden of being “the first Black Bachelor.”  The fan writes, “I know you were concerned going into this about what it meant being the First Black Bachelor. I’m sorry it turned out this way. Well written, and cannot wait to hear from you at the end of this.”

Other fans feel like this is a subtle hit at who Matt James ends up picking. A follower writes, “This sounds like we know who you pick.” More fans follow suit and ask, “So did you choose her or not? And if so, you’re not together anymore right?”  Alluding to the Matt and Rachael rumors.

What are your thoughts on Matt James’ latest Twitter statement? Let us know in the comment section below. Check back with TV Shows Ace for more The Bachelor new and tune into ABC for a new episode tonight.

Oops! Did Isabel Roloff Accidentally Spill Her Baby’s Name?
Netflix Original Series ‘Echoes’ From The Man Behind ’13 Reasons Why’
Tayshia Adams Did What? Zac Clark Spills The Tea
Jinger Vuolo Reveals She Was Ready For A Change
Malia White Was Reluctant To Return To ‘Below Deck Med’ Season 6