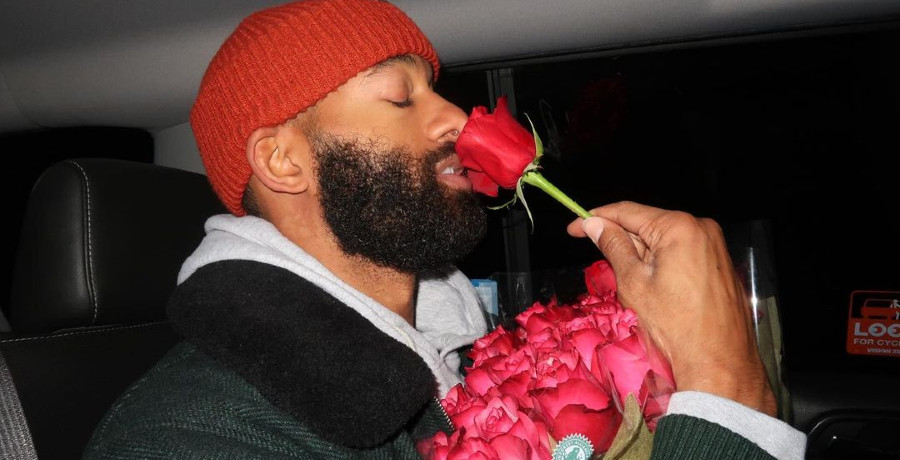 Who among us doesn’t have awkward photos of our teen years? While most people keep those photos hidden, Matt James put his past on full display. The Bachelor isn’t shy about showing off his goofy side. Viewers – and Magi – were got a serious bout of secondhand embarrassment when he recreated a TikTok dance during a date.

He may be a candidate for #mancrushmonday now but he had an awkward stage.

From Awkward Teen to The Bachelor

In 2006, Matt James was a 15-year-old high school student. Screen Rant reports that the future Bachelor attended Durant Road Middle School in Raleigh, North Carolina. School picture day is one of the most dreaded days of the year. Your photo will forever feature in the school yearbook.

Apparently teenage Matt James thought he’d take a photo worth remembering. He took to his Instagram over the weekend to share a photo from his awkward teenage years. He jokes that he won “best smile” in the yearbook’s superlatives.

Except his smile is upside down. As the camera clicked for his school photo that year, the eventual reality star gave his best funny face, resulting in a clown-like frown.

Matt James Was a Thirst Trap in College

Hard to believe that frowny kid is the same guy dating multiple women at once on ABC’s popular dating show. But like most of us, Matt James grew out of his awkward phase. And he grew into a college football star.

The football field is where Matt James first met former Bachelorette contestant Tyler Cameron. They both attended Wake Forest University in Winston-Salem, North Carolina. The two have remained close friends, even sharing an apartment in NYC.

It was through Tyler Cameron and his family that Matt James came into the Bachelor Nation universe. Tyler Cameron’s mother nominated Matt James to be Season 25’s Bachelor.

A photo from his college football days shows a full-on glow up.

Not So Shabby on the Inside Either

Looks aside, the television personality seems to be compassionate and caring. When he’s not wooing his (hopefully) future wife, he co-runs a non-profit charity with Tyler Cameron. ABC Food Tours promotes healthy eating habits to low-income families. The families are also given the opportunity to eat at various restaurants within their communities.

Viewers have yet to see if Matt James finds love during his journey as The Bachelor. In this week’s episode, he meets the families of his final four women. Do you think the families will be impressed with him? Who is your choice for the Final Rose? Drop your thoughts in the comments down below.

Be sure to . for more Bachelor Nation news.