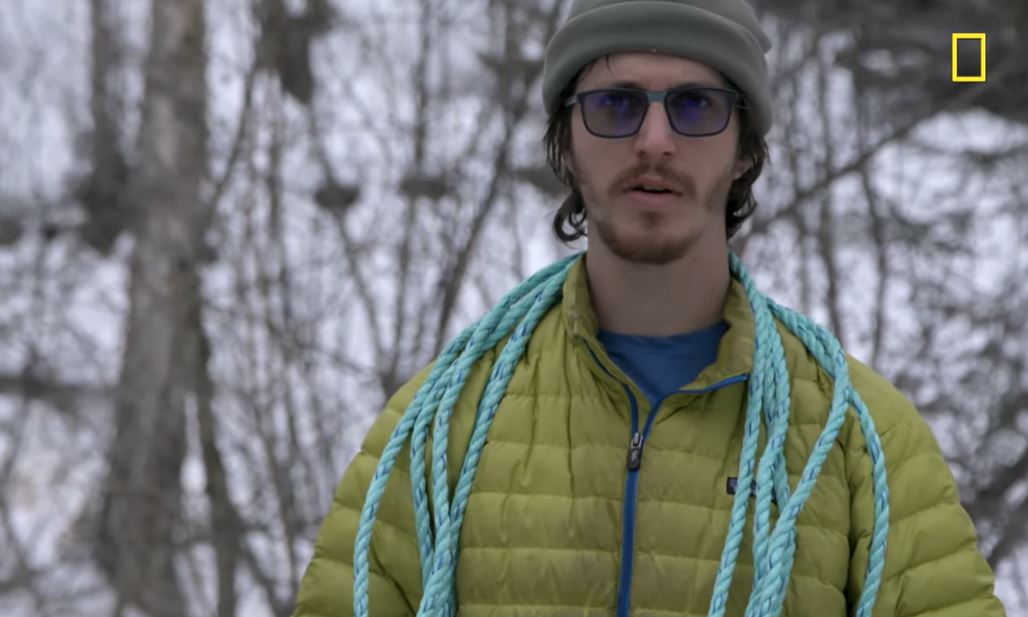 Life Below Zero: Next Generation brings home the biggest fear of all for people out in the wilderness. The risk of injury when working alone. The series shows where people are living out in the wild can easily make a misstep.

And one cast member, Alex Javor, demonstrates his extreme caution as he explains why he is taking the extra step for safety in TV Shows Ace exclusive preview below. If someone in a remote part of the planet has an injury, they usually are out of luck.

In Alex’s case, he knows the task at hand is fraught with danger.  The reality of being stranded outside when the temperatures plummet in Alaska’s short ice cold days are real and present.

Javor is young and healthy, but he is smart enough to realize that he can easily fall off of a roof while attempting to repair it ahead of the most brutal winter days.

His methods involve a useful lesson in how to tether yourself with ropes in the event that if you do fall, it will mitigate any potential injuries.

In TV Shows Ace clip, we see that he is trying to climb a roof line that in nearly vertical in pitch.

About Life Below Zero: Next Generation

The franchise is a spinoff of Life Below Zero, and it is produced by the BBC Studios’ Los Angeles production unit for National Geographic. The new series, Life Below Zero: Next Generation first premiered back in fall 2020.

Along with Alex Javor, the cast includes Johnny Rolfe, Michael Manzo, Kaleb and Brittany Rowland, and Chris and Jessi Morse.

The show producers wanted to expand the already successful format of Life Below Zero, and in a telling interview with Andy Dehnart of RealityBlurred, showrunner Joseph Litzinger said they wanted to add new characters and explore the premise idea:

He said: “Over the years, we’ve discussed a variety of options—how to have the brand be bigger.”   They were inspired to make the show slated for a younger demographic.

The series overall was initially described in press releases by Nat Geo Channel as being born from a generation of folks not happy with modern life.  The “growing dissatisfaction the current generation has with technology, which is ubiquitous in modern life…” was the kernel for the new spinoff.

The new series chronicles the learning curve for these inexperienced younger people of a harsh Arctic climate.

Tune in to see how Alex can repair a nearly vertical metal roof at below zero temperatures: