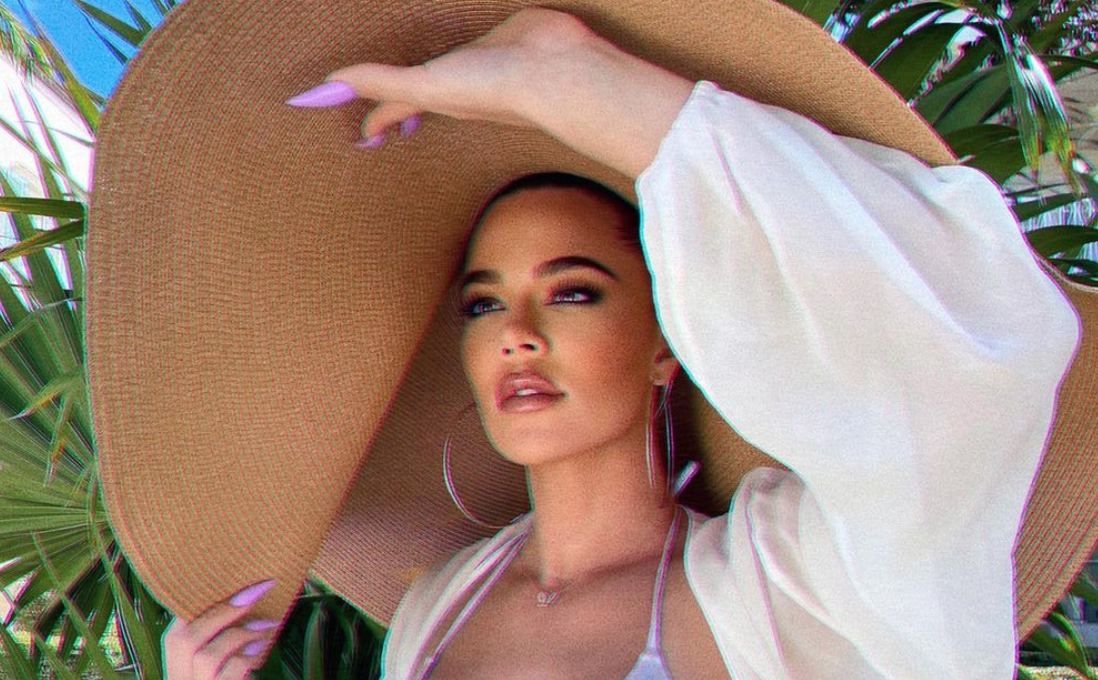 Khloe Kardashian published a new Good American ad and it has fans questioning if she copied Beyonce. However, that’s not the only thing fans are noticing about the photo.

Khloe posted a photo this weekend on her Instagram that looks pretty familiar. Most of the photo is taken up by her booty. Then, she has her hand on top of it. Her face is completely cropped out of the photo. Apparently, it was an ad for new shoes that her company Good American is launching.

“New @goodamerican shoes are dropping 2.25,” she writes in the caption.

However, this sultry photo looks a lot like Beyonce’s photo for her Ivy Park campaign ScreenRant says. There is even a photo pf a side-by-side and it really does look like a duplicate.

“Hmm where have I seen this before,” one user writes.

Of course, no one was going to let this one slide.

“B did it better,” one person writes.

“The kardashians always stealing,” another says.

Of course, there’s a good chance Khloe was copying on purpose, because who doesn’t love Beyonce? However, she should definitely be giving creative credits.

Is Khloe getting married?

Aside from the pose and the big booty, fans have brought up the giant ring on Khloe’s finger. Several are wondering if Tristan Thompson finally popped the question. They haven’t been back together that long, but KoKo has been known to do crazier things (marrying someone after nine days).

Fans were sure to point out the rock in the comments.

“THE RING GUYS THE RING.”

This isn’t the first time this ring has made an appearance. She was also wearing it when she went to visit Tristan during the holidays.

While she could be engaged, it doesn’t seem very Khloe Kardashian to reveal it like this with a Good American launch.

In fact, PageSix says that it isn’t an engagement ring at all. Apparently, their source reveals that the ring isn’t even from Tristan. Apparently, Khloe just loves to wear large diamonds on her left hand.

Do you think Khloe Kardashian copied Beyonce? Let us know in the comments below. Come back to TV Shows Ace for more news on your favorite Kardashian family members.