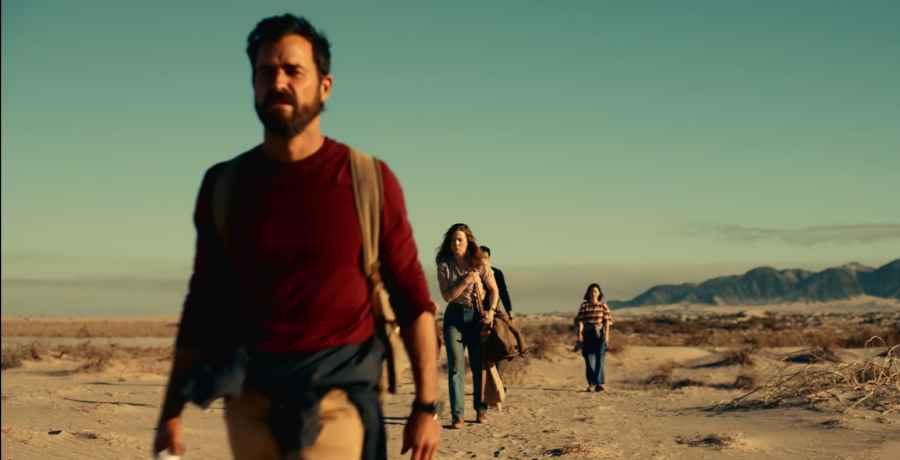 Apple TV+ has released the first trailer for an upcoming adventure drama series, The Mosquito Coast. The series is an adaptation of the 1981 novel of the same name by author Paul Theroux. Stars of the series include Justin Theroux and Melissa George. Read on to find out more about this exciting new show.

Justin Theroux in The Mosquito Coast

The Mosquito Coast is a new adventure drama series and is set to premiere on Apple TV+ on April 30. Of interest to note, the show is adapted from a 1981 novel of the same name by Justin Theroux’s uncle, Paul Theroux.

The series follows the story of brilliant inventor and radical idealist, Allie Fox, played by Justin Theroux (The Leftovers). When they suddenly find themselves on the run from the U.S. government, Fox uproots his family and heads with them to Mexico.

In the trailer, included below, Dina asks, “Dad, why are you doing this to us? Why is it such a big secret?”  Allie replies, “Because we have a problem.” He says. “You know the kind of problem that you think, ‘Okay, first glance, that looks pretty bad?'”

We then see the couple talking, while Margot warns that the kids could get hurt. Allie assures his wife that the children won’t get hurt because they are with them. However, Margot responds that this is what she is worried about.

The conversation between Allie and Dina continues about the mysterious problem they have encountered. Allie assures Dina if he just sits down to think about it, he might be able to figure a way out of the problem. Allie said they will make the move and start again. He tells Dina that it is going to be an adventure, to which she says she is scared. Dad pipes up, saying absolutely. He said if it didn’t feel like that, it wouldn’t be an adventure. As the trailer closes, Allie urges that they need to go.
As noted by People, the Mosquito Coast will run over seven episodes. Creator Neil Cross and Rupert Wyatt will be executive producing. The team will also include author Paul Theroux, Edward L. McDonnell and star Justin Theroux. Readers can enjoy the first trailer here.

Justin Theroux started his career in theater and went on to star in and direct a number of movies. However, he is probably best-known to TV viewers for his role as Kevin Garvey, in the HBO mystery drama series The Leftovers, from 2014 to 2017. For that show, Theroux received a nomination for the Critics’ Choice Television Award for Best Actor in a Drama Series.

Justin’s most recent TV appearance was as the character, Dr. James Mantleray, in the Netflix comedy-drama science fiction miniseries, Maniac in 2018.

The Mosquito Coast will premiere on Apple TV+ with the first two episodes on April 30 with episodes aired on Fridays.