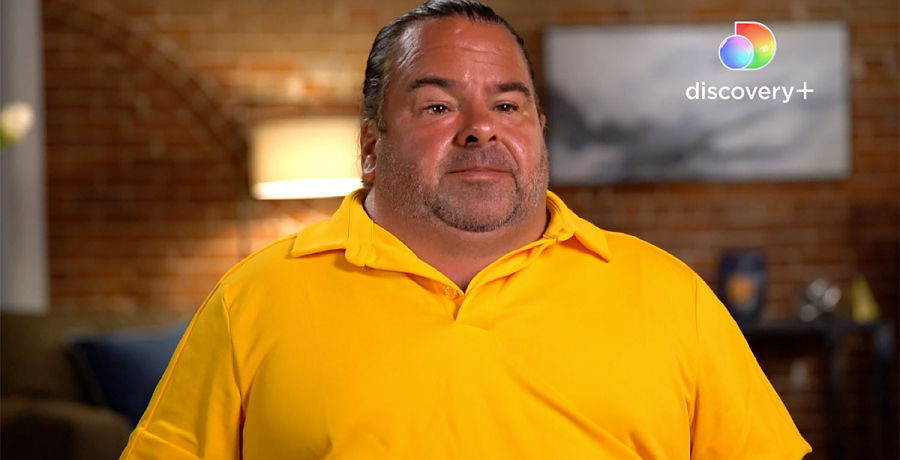 90 Day Fiance star Big Ed Brown made his big return to The Single Life. The new spinoff series airs on discovery+. But on Sunday night, February 21, TLC teased fans with a sneak-peek of the series. It stars Ed alongside other former cast members.

It documents the ups and downs of dating. Most of the castmates find themselves unlucky in love. Others take things too far and share TMI revelations about their intimate life. Ed is just trying to look for love closer to home. However, he still has a penchant for younger women.

The 90 Day Fiance star sat down for an exclusive interview with People. In the interview, Ed wanted to make it clear that The Single Life is nothing like ABC’s The Bachelor. While it does show the castmates trying to re-enter the dating pool, it’s not just focused on that. According to Ed, this show presented a different “opportunity” for him.

“I saw this as an opportunity for me to work on myself, and The Single Life is not like a dating show. It’s not like The Bachelor,” Ed told People on Monday, February 22. “It’s really about them just following me around on my journey to get back into the dating history.”

In the premiere episode, Ed recalls his troubled relationship with Rose Vega. Then, he meets up with a dating coach. He wants to get some pointers since he’s been out of the game for a while. Although he calls himself “Big Ed,” he admits that he’s a little awkward when it comes to dating. He wants to work with various coaches to better himself and his own chances of finding love.

“The first thing I did was I hired an exercise coach and a dating coach,” Ed revealed. “And I signed up like, six different dating websites and just, you know, put myself out there.”

Ed also made a shocking revelation. The 90 Day Fiance: Before the 90 Days star said that his online dating journey had disastrous results. For some reason, Ed attracts a lot of catfishes. He’s had 14 more than Yolanda Leak did. The TLC star said that these people used photos that “were like, 15 to 20 years younger – they weren’t current.”

Finally, Ed began to understand his problem. He admits that he was “discouraged” after realizing his mistake. Since his debut on Before the 90 Days, Ed has become a household name. And that attracts even more catfishes.

“Because once you’re in the public eye, people know who you are,” Ed said.

The interior designer got desperate because he’s “worried about dying alone.” His goal is to meet the love of his life. Ed said he’s looking for a “caring” woman who’s not greedy, selfish, or materialistic. More importantly, Ed wants someone who loves him for him.

90 Day Fiance: The Single Life is streaming now on discovery+.