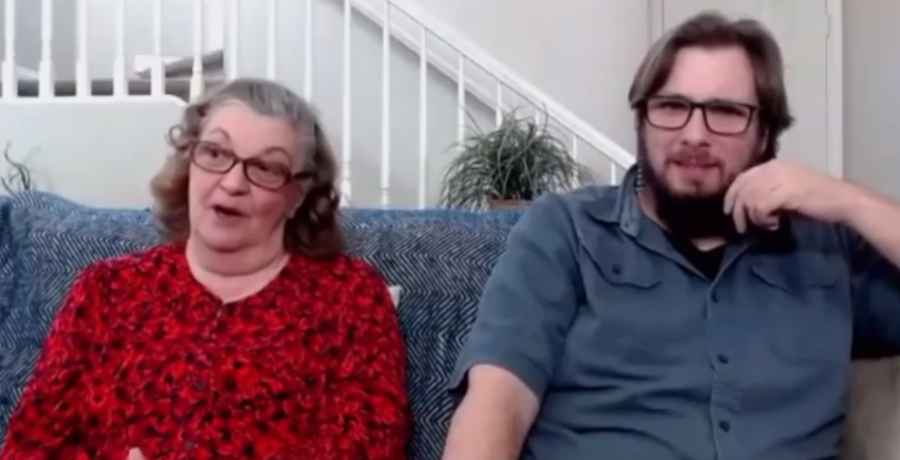 Colt Johnson and his mom, Debbie appeared on Sunday’s episode of 90 Day Bares All. It turns out Debbie has had quite the life and opened up about her scandalous youth. It turns out she had several one-night stands including one with a well-known guy. You could say that smoke poured out from that particular experience!

For all her criticism of Colt’s dates, it turns out Debbie has a scandalous past. She opened up about this while starring with her son on Sunday’s episode of 90 Day Bares All. On the show, the mother and son duo played Never Have I Ever via video chat. Along the way, Colt’s mom revealed a lot of surprising details about her life.

While playing the game, Debbie revealed that she had a “lot of one-night stands” during her life. To explain this, she said she grew up in the 60s and 70s and had one-night stands where she doesn’t even remember their names.

However, one date stuck in her memory, as she had a one-night stand with the Marlboro Man. Us more mature folk will remember him appearing in cigarette ads, starting in the 1950s. However, when host Shaun Robinson showed Debbie a photo of the Marlboro Man, Debbie only said that this “could be” the man she slept with. To give her credit, several different men did play the role.

On the show, Debbie said, “I had a one-night stand with the Marlboro Man a long time ago… It was back in the ’60s.” She added, “We went back to my place. Oh my god. I was such a whore.”

As the scandalous session continued, Debbie admitted that she has faked orgasms in her life. She also admitted to being a go-go dancer at Whiskey a Go-Go in West Hollywood, California “for a very short time.”

In a clip on Instagram, Debbie mentioned that she had recently been catfished by a guy on a dating app. She explained that they had gotten along really well, but Fred from England turned out to be Vince from Nigeria!

Fans have compared Colt’s mom to 90 Day Fiance star Brandon’s mom, Betty Gibbs. Both moms have been criticized for being too involved in their son’s dating lives. However, Debbie insists that Betty is “10 times worse” than her. Debbie reckoned there was a contest to pick the worst mother-in-law and she was picked best out of four. She said she was the best, while Brandon’s mom was the worst. Debbie exclaimed, “Oh my god. She’s nuts. I’m sorry, but both of those people are crazy.”

To make her point, Debbie then referred to some of Betty and Brandon’s worst moments. She mentioned Brandon saying he didn’t “want to take on” the responsibility of condoms. At that stage, Betty reacted by calling a gynecologist to get Brandon’s fiancé, Julia, on birth control.

Meanwhile, Betty and Ron at first wouldn’t allow Brandon and Julia to sleep in the same room. Debbie criticized that fact, as well as the way of life on the Gibbs’ farm. Her words were, “You teach your child that it’s the responsibility of the boy to wrap it [in a condom]. You don’t raise your son to make the woman be [responsible].” Johnson said, “Then she calls the damn OBGYN. She won’t let them sleep together, but they can screw around in the pool but not have sex?… They can screw anywhere except for the bedroom? I don’t understand it.”

Referring to Julia being free labor on the farm, Debbie asks why do they have a farm, if they need all that help? She also asked why the animals need to be fed at five o’clock in the morning. Debbie said they should eat when you give it to them. She closed her criticism of Betty by saying, “I don’t like her. I’m sorry.”

Debbie defends herself on 90 Day Bares All

As noted by ET, Debbie then went on to defend her own actions with Colt’s girlfriends. She told Colt that she had never stopped him and his ex-wife, Larissa, “from having s*x.” She admitted that she actually wanted that relationship to work, saying she had given them every benefit of the doubt. Debbie said she tried to get along with Larissa.

90 Day Bares All drops on Sundays on Discovery+.