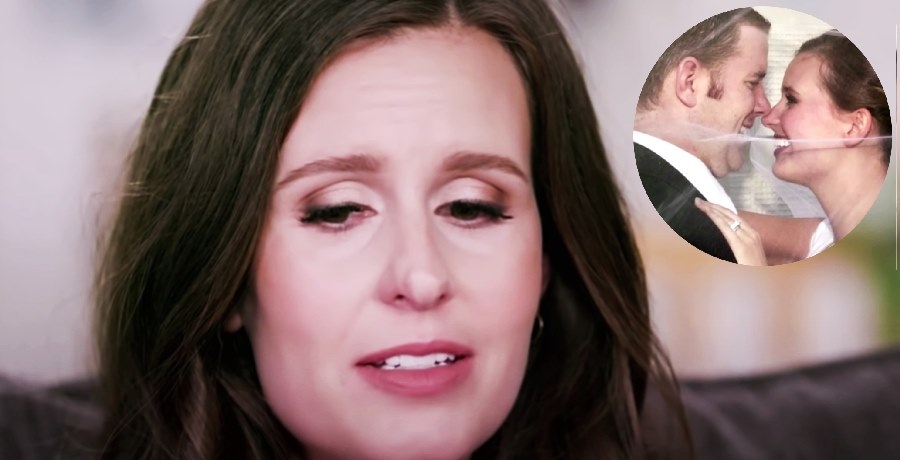 The Blended Bunch is TLC’s newest supersized family reality show to hit their schedule. March 16th, we will officially meet this family of thirteen. Then we’ll watch their journey unfold as they mesh two families into one.

Certainly no easy feat under any circumstances. However, it’s even harder when the kids and spouses are also healing from loss. Both Erica Shemwell and her new husband, Spencer Shemwell was widowed and left to raise their young children. Now, as the show is set to debut, we learn that Erica’s youngest child never met his father.

The Blended Bunch: Erica Shemwell Was Pregnant With Baby #7 When Tony Means Died

The Blended Bunch mom Erica Stemwell’s life forever changed in December 2016 when her husband Tony Means succumbed to his lengthy battle with brain cancer. At the time of his death, the couple shared six children under the age of 7, with their seventh on the way. Erica found herself suddenly a single mother raising six kids. Plus, she was expecting a new baby, all while grieving the loss of her life partner.

The Blended Bunch matriarch Erica Shemwell says she was just trying to figure life out. A few months after losing Tony, their son Caleb was born. Certainly a bittersweet moment. Caleb’s another piece of Tony and part of his legacy. However, sadly for Caleb, he’s the only one of his siblings not to be held by their father.

The Blended Bunch’s Erica and Spencer’s relationship moved slowly at first. They met online in a widows support group, then in person at a church-sponsored widows convention. Soon after, Spencer moved his four kids cross-country to live near Erica and her seven kids. They two took it slow and built a solid friendship first.

Then The Blended Bunch parents moved their relationship to a courtship. They only courted a few months before they wed. Spencer’s oldest son Braydon asked a question that made it crystal to Spencer. Braydon asked, “Well, Dad, Erica’s husband, passed away, and mom passed away, so why don’t you just marry her?”. Clearly, Braydon spoke for all the kids. The children already felt they were a family. They just wanted their parents to make it official.

The Blended Bunch: The Shemwells Believe Their Faith Brought Them Together

The Blended Bunch family is strongly rooted in their religious beliefs. Although both Erica and Spencer and their kids suffered a terrible loss, they also found love and each other after their heartache. They both believe in having a life partner. So they’re thankfully God brought them together. It’s not often you find a second true love; however, both Erica and Spencer have.