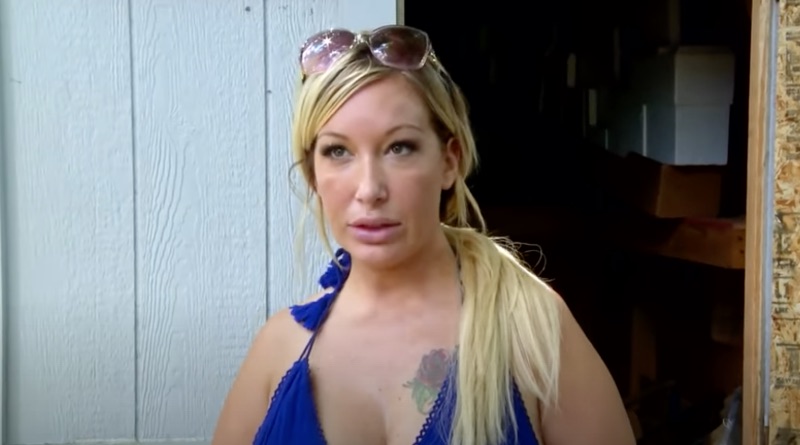 Love After Lockup celeb Lacey Whitlow worries that her new baby on the way could destroy her relationship with her husband, Shane Whitlow.

Lacey Whitlow recently shared a family picture with all of her WEtv followers. Along with Shane Whitlow, she also has her three other children in the photo – in addition to her fast-growing baby bump. Meanwhile, even though it looks like a happy time for the entire family, Lacey has some pressing concerns with the baby on the way.

Bringing a new life into the world is a happy event. But it also brings with it a lot of stress. Lacey has been through this a few times before with her older children. But the baby on the way is her first child with her new husband, Shane Whitlow. Apparently, the expecting mother did some research online. And it turns out, a lot of couples break up due to the stress of a new baby.

Lacey reached out to her Love After Lockup followers for advice on the matter. And she asked for tips for her hubby as well – since this will be his first time being a dad. Whatever happens with this couple, they’ll have a small window to figure things out. As the recent pic shows, Lacey’s baby bump has gotten a lot bigger in recent months.

Will Love After Lockup Dad Shane Whitlow Feel the Pressure?

Lacey Whitlow went through the in vitro process during the COVID-19 lockdown. And initially, the Love After Lockup mother was told she could potentially have triplets. Sadly, only one survived. So it was a bittersweet moment for the husband and wife when they found out the news on the WEtv quarantine spinoff.

Still, even though there’s a lot of pressure on Shane Whitlow as a new dad, he really stepped up as a father-figure for Lacey’s other children. And with John Slater seemingly out of the picture for good, that’s one less thing to worry about as they focus on their marriage and their family moving forward.

So even though Lacey has some concerns, she and Shane Whitlow seem to be in a good place in their marriage currently. Still, it’ll be worth watching to see how the arrival of their baby changes things moving forward.