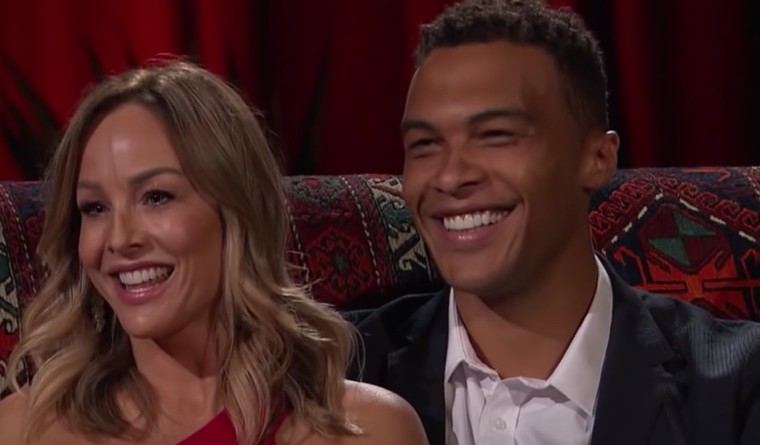 Rumors are flying rapidly that former Bachelorette Clare Crawley and Dale Moss are getting back together. She has been seen in Florida with Dale. The two were photographed walking around. Then, they were photographed at dinner that same night. And, pics surfaced of them on the beach. Now, everyone thinks Dale and Clare definitely spent the night together. Here’s why.

More photos surfaced online involving Dale Moss and Clare Crawley. This time they were the culprits who posted the photos. Each of them went to their Instagram Stories to share views from what many assume is their hotel room. The view is exactly the same in each of their stories.

The posts both surfaced Saturday morning within minutes of each other. And, they both used the same song for their posts, “Good Morning” by Kanye West. Speculation swirls they took both pics from the same balcony.

Other than similar posts indicating they are in the same place and die hard fans capturing images of them together, they’ve not shared their own photos together. 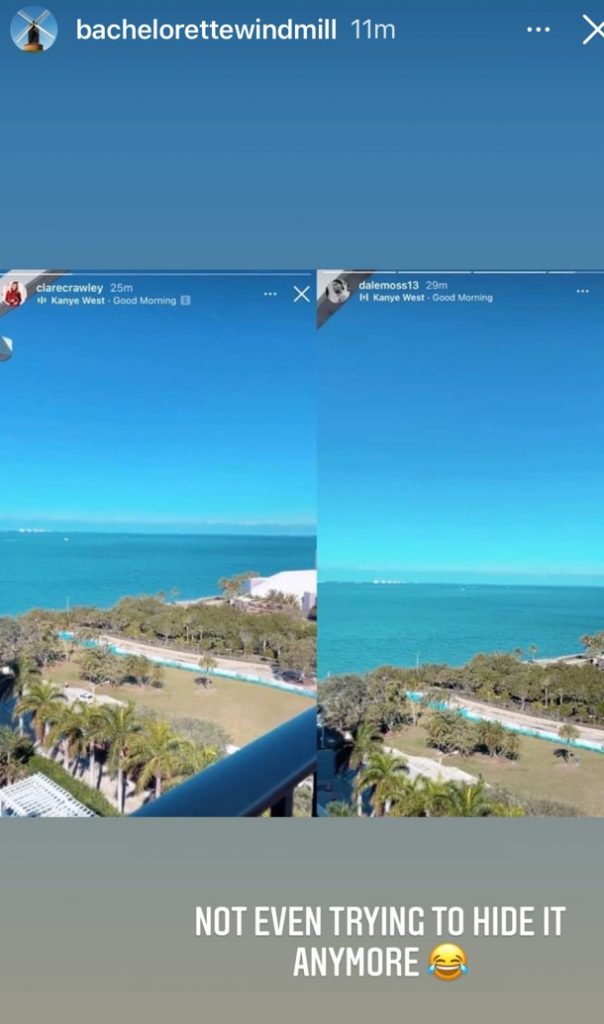 So, what does this mean for Clare and Dale? Nobody really knows yet. However, many believe they missed each other and want to give love another try. An inside source has said they are figuring things out and working towards a reconciliation.

Fans are impatiently waiting to hear from Dale and Clare themselves regarding the time they are spending together.

Heavy said a source confirmed they are considering giving their love another chance. They said, “Clare and Dale are not officially back together but are working on their relationship. There’s a lot of resentment but Clare can’t ignore her feelings towards him. Clare has forgiven Dale for his actions and the messy split, and wants to move forward. She has expressed she’s still in love with him and wants to make it work.” 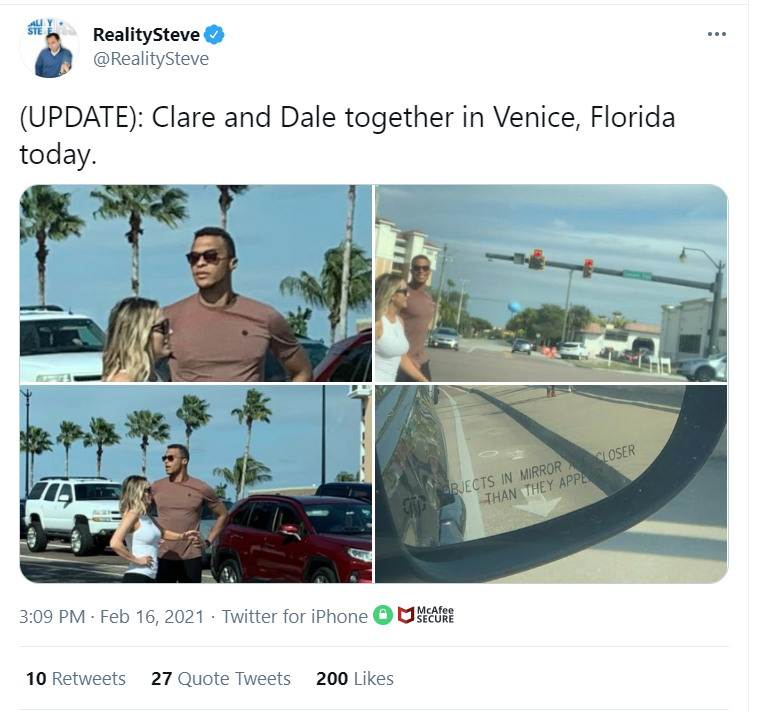 Their past time together

Clare and Dale moved quickly in their relationship. He popped the question after just two weeks of filming The Bachelorette. The couple was even looking at houses and furniture in Sacramento. Then shortly after the new year, things fell apart. Dale announced their breakup on Instagram. Clare seemed blindsided by the announcement.

Both of them expressed hurt over their failed relationship. Perhaps their problems will work themselves out and they can find happiness together.

Dale even shared a photo of himself two days ago saying he has a lot to smile about lately. 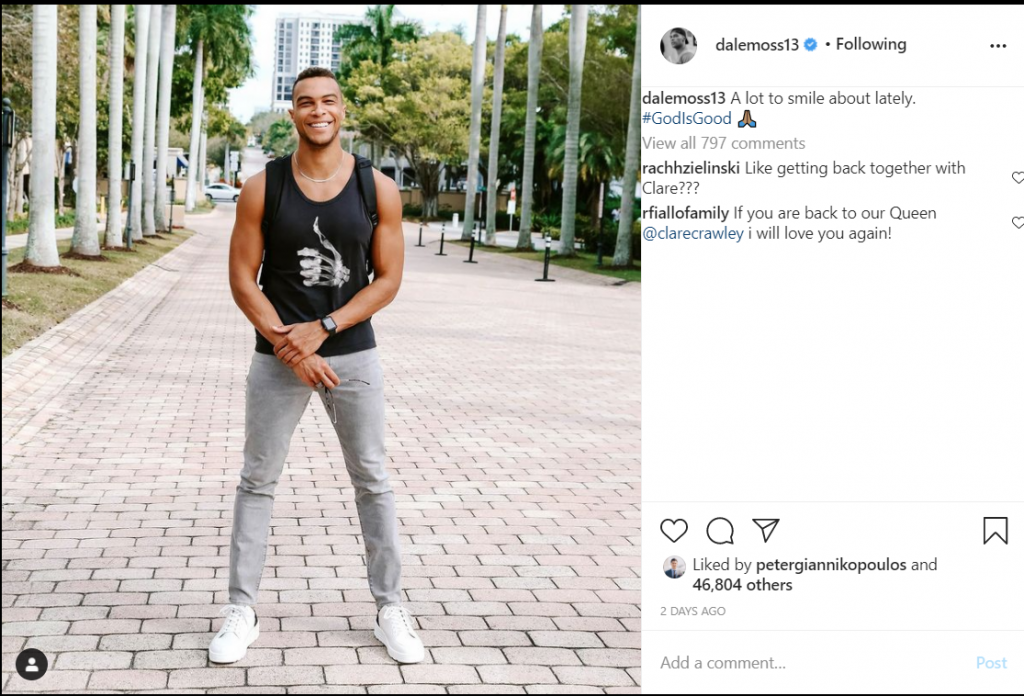 What do you think about Clare and Dale possibly getting back together?