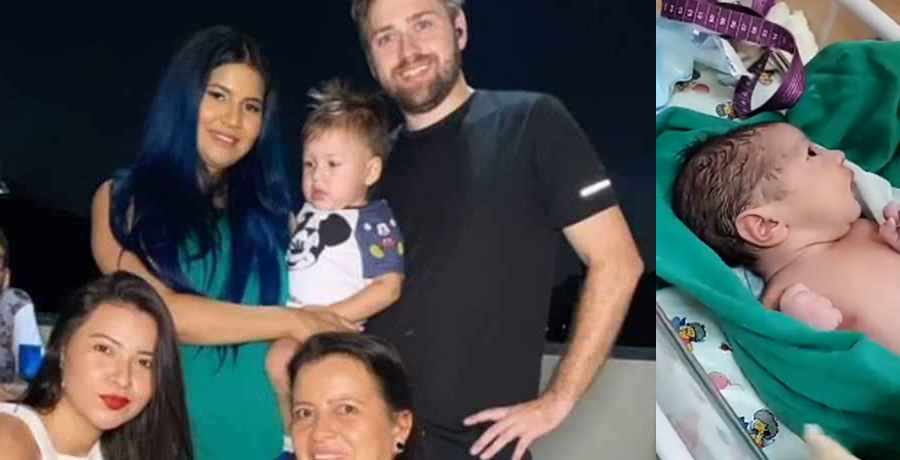 90 Day Fiance fans will remember Paul Staehle accusing Karine of cheating on him in the past. For this reason, the couple got Pierre and new baby Ethan’s DNA tested. It will be a couple of weeks before the results are in but when they are, Paul will livestream the results on OnlyFans.

90 Day Fiance stars Paul and Karine and the children

Paul and Karine Staehle have had a rocky road in their relationship, including domestic abuse and allegations that she cheated on him.  Paul had accused Karine of cheating on a number of occasions. For this reason, when Ethan was recently born, fans asked if he had tested the DNA. It was then that Paul decided to get both children’s DNA tested. He wanted to put his mind at ease over the issue.

Fans will remember that on Season 2 of 90 Day Fiance: Before the 90 Days, Brazilian beauty Karine was pregnant with their first son, Pierre. At that stage, when host Shaun Robinson congratulated the pair, Paul dropped a bomb, accusing Karine of cheating.

Paternity queries for Paul and Karine

At the time of the pregnancy, Paul claimed there was a “possibility” that Karine could be having another man’s baby.  Obviously, Karine was upset that he accused her of infidelity in front of the TLC reality world. However, it seems she was quite happy with the idea of a paternity test for Ethan and Pierre.

In a recent video on Instagram, Paul reveals that the DNA tests have been done. He said the results will only be in around mid-March. Staehle told fans that once they have the results, they will livestream the information on their OnlyFans. However, the proud dad said he is “pretty confident” that the results will be in his favor. However, fears do niggle him that he might get a “surprise.”

The video of Paul’s announcement can be viewed here on Instagram on the @90dayfiancenow page.

Making money from the announcement

However, it turns out he will also get money from the OnlyFans content of his announcement. In fact, he could charge $100 or more to fans who want to see the livestream. While fans wanted Paul to do the tests, will they be prepared to pay that much? Even so, many fans seem excited at the idea, while some are angry at Paul. They blasted him for embarrassing his wife in front of everyone.

One wrote, “He loves to expose Karine and he really enjoys to make [sic] fun of her.” Another commented, “He’s literally making her hate him!” One 90 Day Fiance fan even suggested that Karine file charges for defamation of character. Of course, many fans think the DNA test reveal is another way for Paul to grab attention. As fans know, the couple has been off reality TV for some time.

However, swiping through the comments reveals that some fans don’t care about Paul and Karine. They are more concerned about the two children and what they will go through in life.

Fans will have to wait until around mid-March for the results of the DNA tests. In the meantime, viewers can catch Season 8 of 90 Day Fiance on TLC, Sundays at 8 pm ET.

Nanny Faye Says ‘Free Britney’ And Fans Are Here For It
Katie Thurston Offers Advice To New ‘Bachelorette’ Michelle Young
Lifetime’s Thriller ‘Burning Little Lies’ Is Not A Fairy Tale
Blayke Busby Pampers Her Cousin With DIY ‘Spa Day’: See Charming Video
Josh Duggar’s Arrest May Not Be The REAL Reason ‘Counting On’ Is Over