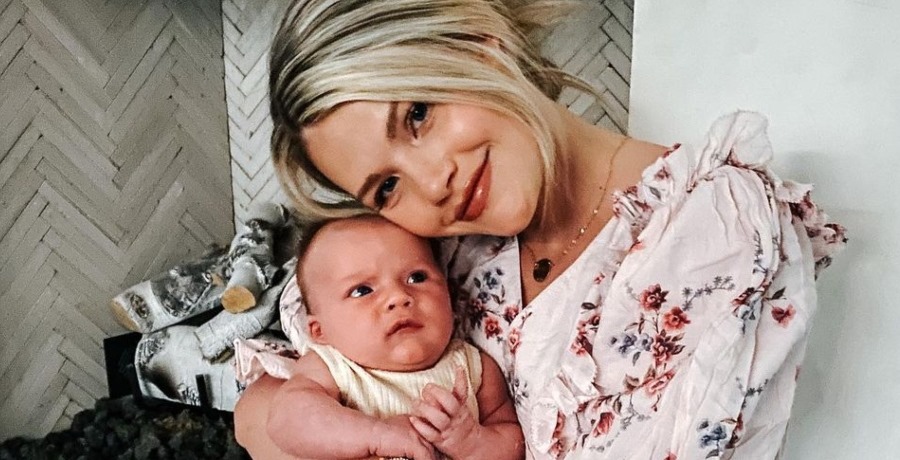 Witney Carson gave birth to her little boy, Leo, at the beginning of January. Now that he’s a month and a half old, Witney is more comfortable taking him out and about. They recently enjoyed a fun day out in the snow. But it seems like Witney had more fun than Leo did!

“My grumpy little snow bear 😍🤍 I’m obsessed with you… also, we need summer ASAP,” the dancer captioned her photos. Leo wore an adorable blue snowsuit with bear ears to keep warm. But it really looks like he would rather be inside.

“He needs some hibernation,” wrote Bachelor Nation’s Kendall Long. Most fans left heart-eye emojis and commented on how sweet Leo looked, even if he wasn’t willing to smile for the camera. A few people criticized Witney for taking him outside in the first place. It really seems like these new moms can’t do anything without catching heat from someone. Luckily, most fans only had positive things to say.

Witney Carson Really Wants To Come Back To DWTS This Year

If Dancing With The Stars comes back for Season 30 in the fall, Witney Carson hopes she can return. Leo will be about 9 months old by then, so she really hopes she can make it work. Her best friend Lindsay Arnold also plans to make her return in the fall after her maternity leave.

Us Weekly asked Witney if she wants to return and she replied, “That’s what I’m working toward. That’s in the plans for now. So if anything changes, we’ll just go with it, but that is in our sights for right now.”

Fall 2021 sounds like it’s a million years away, but it’s actually not so far off. Especially if you’re recovering from a serious medical situation like Witney is.

Witney did not want to have a C-section and did everything in her power to avoid it. However, complications with Leo’s birth changed the situation.

“I pushed for two and a half hours,” the DWTS Season 19 champ told Us Weekly. “I was fully dilated and the baby just did not want to come out. He just was, like, stuck underneath my pelvis for so long. His heart rate started going really high. So we had to do an emergency C-section and obviously, we did whatever was right for the baby.

About a month ago, Witney still even had to wear diapers. She bravely opened up to fans on Instagram about the situation.

However, it really seems like everything is fine now. Witney and Leo are both fine spending time at home. The dancer regularly posts pictures of her little boy. Make sure to follow her on Instagram and soak up the cuteness!