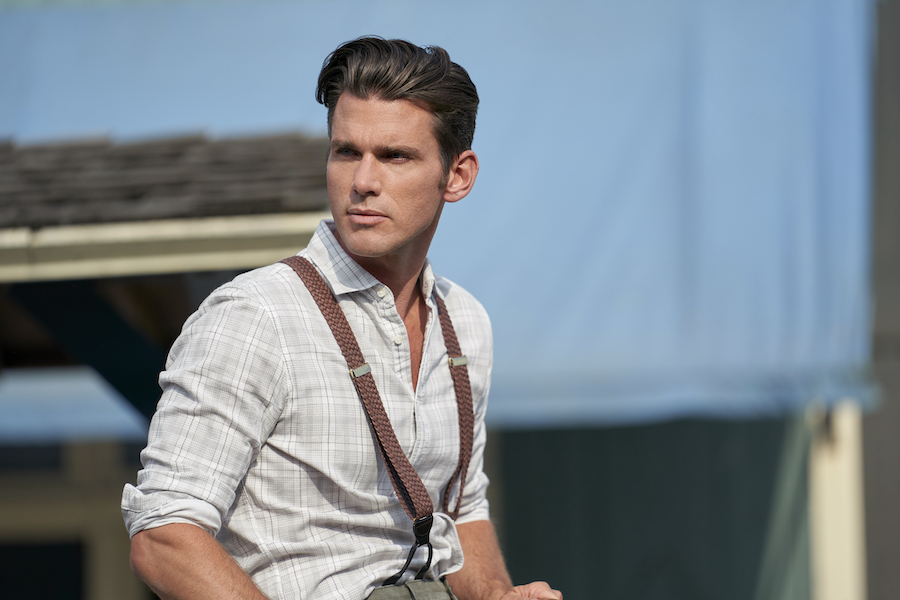 After two seasons of speculation, with most Hearties divided into Team Nathan or Team Lucas, the When Calls The Heart love triangle will finally end in Season 8. Will Mountie Nathan Grant win over Elizabeth Thatcher Thornton’s heart?

The actor that portrays the dashing Mountie, Kevin McGarry, is giving Hallmark fans a little sneak peek into what will happen in the upcoming season.

Will Nathan Grant Finally Be Ready For Commitment?

At the end of When Calls The Heart Season 7, Elizabeth (Erin Krakow) ran into the arms of Nathan, ending some speculation about who she would choose. However, we are now at Season 8, and it seems like the playing field is still pretty even. The widowed school teacher is still deciding which guy she will choose.

Recently, Kevin McGarry spoke to TVInsider to discuss the upcoming season. Straight out of the gate, he reveals that Nathan’s “near-death experience” has altered his perspective on life.

When Calls The Heart Season 8 Sees End Of Love Triangle

Since arriving in Hope Valley, Mountie Nathan Grant has competed for Elizabeth’s heart. He has seemed to understand and has been called “patient” in waiting for her to become ready to love again. However, in When Calls The Heart Season 8, he may actually open up. But, Kevin McGarry shares that all along, Nathan has not been “patient.” He has been “reserved.”

“I don’t know if “patience” is the right word. Over the past two seasons, Nathan has been quite reserved in his interactions with Elizabeth, and many fans of the show have equated it to shyness. In Season 8 we dig very deep in the Elizabeth Nathan saga and uncover what’s been behind that behavior.”

This is a great hint that something will certainly happen to allow Elizabeth to get to know him more.

But, Kevin McGarry believes that this timeline is very realistic. He points out that Elizabeth needed a season to grieve. She needed another season to grow, as she was now a single mom, with a new future. He says Season 8 is “now a season to open herself up again.”

Nathan may have been more reserved all along, but this hints that now that Elizabeth is ready to open up and Nathan has become a changed man due to his near-death experience, this could certainly lead to something very profound between the two characters.

Watch The When Calls The Heart Season 8 Premiere

The When Calls The Heart Season 8 premiere is on Sunday, February 21, at 9 p.m. Eastern, on the Hallmark Channel.