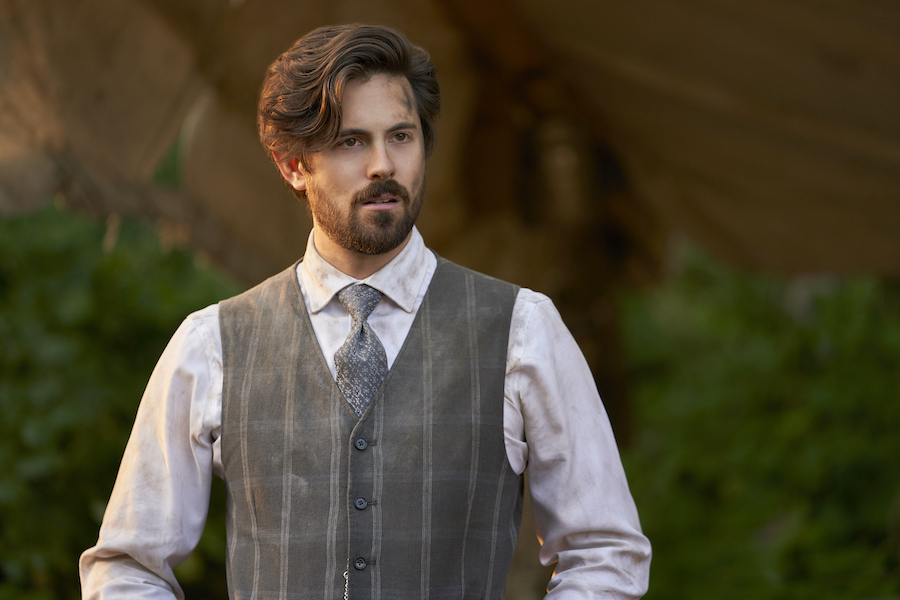 In When Calls The Heart Season 8, Elizabeth Thatcher Thornton will finally choose her man. The love triangle will be over! That means that Nathan and Lucas have to step up their game. What does actor Chris McNally have to say about his character, the charming Lucas Bouchard, and how he could win over Hope Valley’s widowed teacher?

When Calls The Heart Season 8 Shows Lucas With New ‘Perspective’

At the end of Season 7, When Calls The Heart Team Lucas fans had a bit of a letdown. It seemed that their favorite guy, the suave and somewhat mysterious Lucas Bouchard (Chris McNally) lost out to Mountie Nathan Grant (Kevin McGarry) when Elizabeth (Erin Krakow) ran into his arms. How does a suitor recover from an emotional scene like this?

Actor Chris McNally recently spoke to TVInsider about this very scene, and what Hearties should expect in Season 8. First, he makes it clear that Lucas will not be “fighting” for Elizabeth. He truly cares about her happiness and that is ultimately his wish.

However, at the end of Season 7, when the shocked Elizabeth wound up in Nathan’s arms, McNally admits that Lucas was “quite shaken by it.” In addition, he shares that Lucas takes some time away from everything. He needs “perspective.”

Could Lucas Bouchard’s Mom, Helen, Help Him Win Over Elizabeth?

Early in When Calls The Heart Season 8, Hope Valley gets a surprise visitor. Lucas Bouchard’s mom, Helen, comes to town. Portrayed by Teryl Rothery, a talented actress that Hallmark and Stargate SG fans know so well, Helen Bouchard could certainly help Lucas win over his ladylove.

Chris McNally has shared that although Helen and Lucas are very close, it has been a while since he saw his mom. Yet, her appearance will certainly shed some light on the saloon owner’s “semi-mysterious past.” Through Helen, Hearties will learn more about Lucas.

In addition, Elizabeth will be working closely with Helen. She will learn a lot about Lucas through his mom. But, McNally also shares that his mom may have some opinions about the up-and-coming writer as well. He shares that “Helen certainly puts Elizabeth to the test.”

However, Lucas is a good judge of character, and he is sure that his mom would approve of his choice. Also, mom can quickly see what is really going on here with the love triangle. Perhaps she will have an opinion. Chris McNally hints that she does.

“Helen is as sharp as a tack and she picks up on the situation immediately. She most definitely has opinions, commentary, and cuts to the chase with her questions, putting Lucas in the hot seat.”

When Does When Calls The Heart Season 8 Premiere?

When Calls The Heart Season 8 premieres on Sunday, February 21, at 9 p.m. Eastern, on the Hallmark Channel.