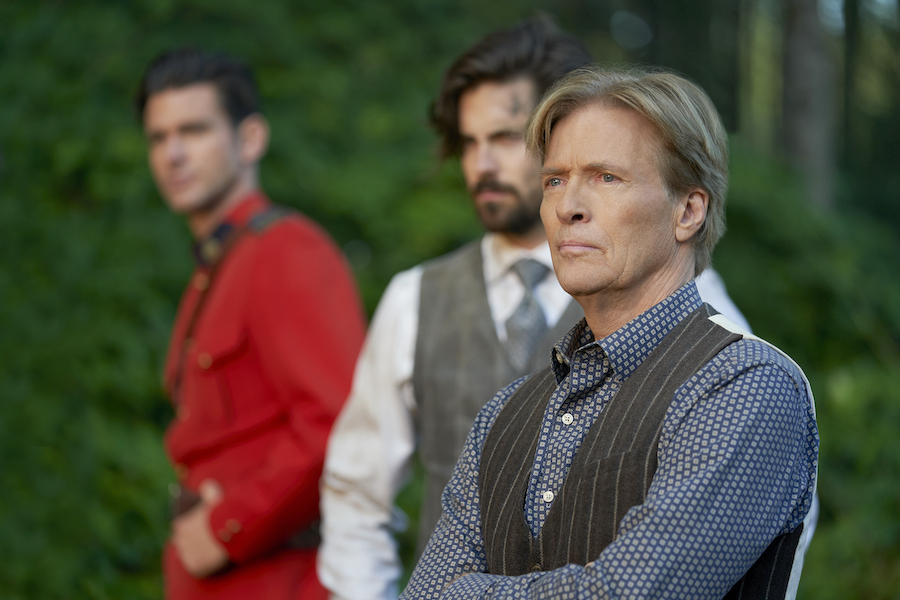 For two seasons, When Calls The Heart fans, “Hearties,” have been divided on who Elizabeth Thatcher Thornton (Erin Krakow) should pick. Should she pick dashing, but mysterious, saloon owner, Lucas Bouchard (Chris McNally) or dashing, but shy, Mountie Nathan Grant (Kevin McGarry)?

Now, the Hallmark series has a new showrunner, John Tinker, who has broken down how they decided on who Elizabeth will choose. Perhaps he has given some clues to Elizabeth’s pick?

When Calls The Heart Has A New Showrunner, John Tinker

First things first. When Calls The Heart now has a new showrunner, John Tinker. What does that mean? A showrunner, also called executive producer, has creative control of the direction of where a show is headed. They could be a writer, but they do lead the writer’s room.

Tinker has a lengthy and successful television resume. From creating Judging Amy to Chesapeake Shores, where he was showrunner the very first season, he has a lot of talent and respect throughout the television world.

In the past week, we have already learned a bit about John Tinker and how he works. His BTS changes will make a huge difference in When Calls The Heart Season 8.

According to Andrea Brooks (Faith Carter), who was on the Hallmarkies podcast, she said that Tinker invited every main cast member to lunch or even coffee, just to talk about their characters.

He wanted the actor’s input before they even started working on scripts. Tinker wanted to know where the “characters were going.”

Moreover, he wanted to resolve the show’s love triangle between Elizabeth, Nathan, and Lucas.

Resolving a love triangle is no easy feat. So, when John Tinker became the When Calls The Heart showrunner in early 2020, he told the Gainesville Times that he asked himself and the writers, “Who would she really choose and why?” He wanted to be truly authentic to Elizabeth’s character.

If Hearties think that they need to wait until the 12 episodes of Season 8 are completed to get that answer, they are mistaken. That is because Elizabeth will pick between Nathan and Lucas “early on in the season.”

However, Tinker shares that “I hope we don’t wring our fans into knots, but I think it’s an enjoyable and interesting, truthful pursuit of Elizabeth, and her trying to parse her feelings for these two men.”

Speaking of endings, John Tinker has revealed that WCTH Season 8 will have a “satisfying” ending. Although the show has not been renewed for Season 9, it appears that he has made sure that there is good reason to continue the show. There are “limitless” directions that future seasons could go, based on how the writers set up the characters this season.

Hearties, are you ready for When Calls The Heart Season 8?

What Is When Calls The Heart Premiere Date?

Don’t forget to catch the premiere of When Calls The Heart Season 8, on Sunday, February 21, at 9 p.m. Eastern, on the Hallmark Channel.