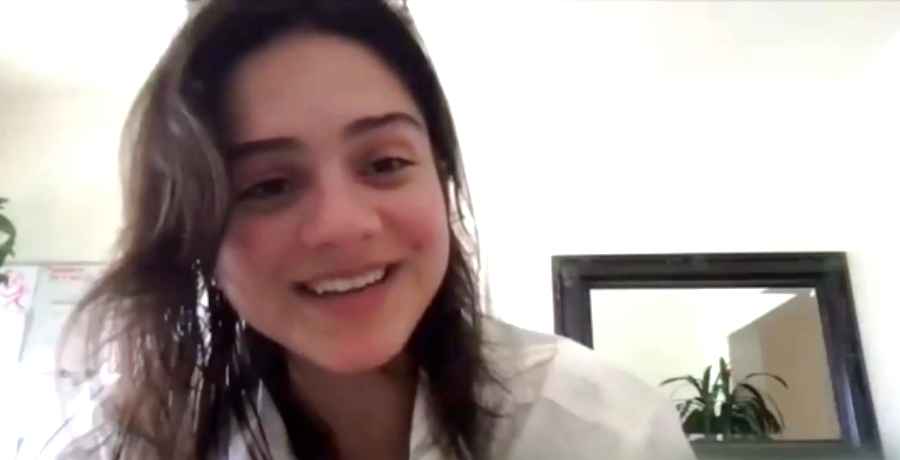 Y&R fans were thrilled to hear that Sasha Calle has received some great news. The actress who plays Lola was chosen to play Supergirl in the 2022 movie The Flash. While this is a major achievement for the young actress, fans are wondering what will happen to her character on The Young and the Restless?

Sasha Calle, who plays Lola on The Young and the Restless has a lot to celebrate. As she was told she has the role of DC Universe’s new Supergirl in the 2022 film, The Flash she broke down in tears. This role is a major milestone for the young Latino actress but worrying for her Y&R fans, as they wonder what will happen to Lola on the CBS soap?

As noted by Deadline, director Andy Muschietti held more than 425 auditions for the role. However, he, DC Films president Water Hamada and the film’s producers were totally in awe of the young actress’s performance. The Emmy-nominated actress totally wowed them, so much so that she got the role.

Muschiette posted a video to Instagram to let fans know how happy Sasha was over the news. He captioned it, “Been doing a lot of flashbacks lately, but today is about a Flash forward.” In the video, which can be watched in full here, he tells Calle that he has a couple more questions for her. She replies, telling him to ask away as she is dying to know whether she got the part.

His question for Sasha was, “Can you fly?” At first, this confused the young actress, but eventually, she started catching on. He then congratulated her, telling her she has the role of Supergirl in The Flash.

What happens to Lola on The Young and the Restless?

Obviously, fans are thrilled to hear Calle’s news. They can’t wait to see her on the big screen. However, what does this mean for her Y&R character, Lola? As fans know, her first marriage to Kyle fell apart. Following this, her flirtation with Theo came to nothing, despite the great potential for a pregnancy storyline.

Does her new job mean we will see less of Sasha as Lola in Genoa City? So far, we don’t know. Meanwhile, the movie won’t be released until 2022 – surely filming won’t start this soon? Maybe Y&R producers can keep her on as Lola for a while?

Possibly, it will reach a stage in the storyline where Lola has to go away for a while? This could work, with Sasha returning once filming of The Flash is complete. Alternatively, after her first taste of appearing on the big screen, she might not want to return to the smaller version? Whatever happens, we will keep readers updated as soon as the news breaks.

In the meantime, catch The Young and the Restless weekdays on CBS.