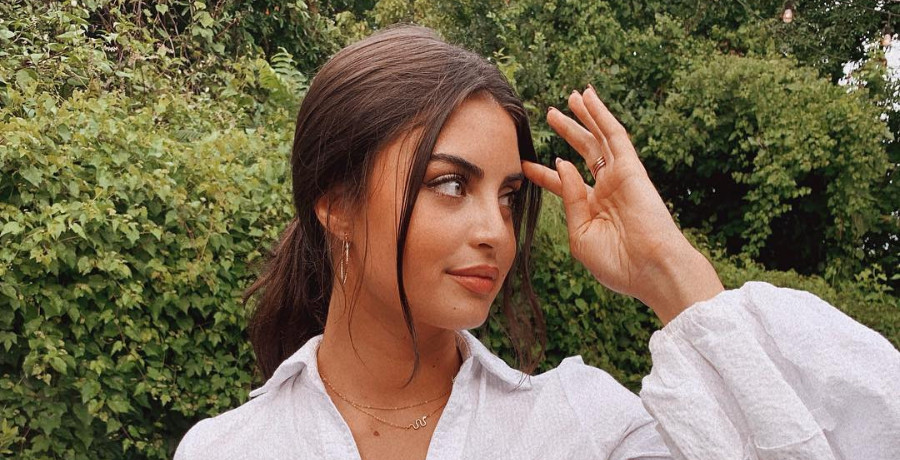 Amid the controversy surrounding her racially insensitive behavior, Rachael Kirkconnell vowed to do better. It seems The Bachelor frontrunner is standing by her promise to educate herself on racial issues.

The latest scandal involving ABC’s Bachelor Nation doesn’t seem to be dying down any time soon. Chris Harrison is taking the brunt of the backlash. However, Rachael Kirkconnell is living up to what she said in her public apology.

Bachelor Nation fans have been whispering about Rachael Kirkconnell’s antics on social media for weeks. However, it was a photo of her attending an antebellum ball that caught ABC’s attention.

To remedy the matter, they sent Chris Harrison on Extra for an interview with Rachel Lindsay. An alum of Bachelor Nation, Rachel Lindsay was the first Black Bachelorette during Season 13. In his attempt to defend Rachael Kirkconnell, Chris Harrison exposed his own thoughts about the “woke police.”

Rachael Kirkconnell issued an apology for her previous behavior. As she said in her apology, “her ignorance was racist.” She told fans that she was still learning. And “will continue to learn” about why her behavior was unacceptable.

It seems that Rachael Kirkconnell was sincere in her vow to do better. She hasn’t been active on her main Instagram feed since her public apology. However, she still posts on her Instagram Story. In fact, it was there that an innocent post about enjoying an “afternoon matcha” turned into Redditors investigating her reading list.

There are three books on the table in the background of her matcha photo. But the titles aren’t discernible. However,  some eagle-eyed Redditors recognized the cover design on one of the books.

Comic Dave Neal recaps The Bachelor on his YouTube channel. He posted a video doing a deep dive into the book Redditors claim Rachael Kirkconnell may be reading. The book has distinct orange, gray, and black stripes. With those visual clues, social media users identify the book as “Uncomfortable Conversations With A Black Man” by Emmanuel Acho.

Oprah Winfrey named the book among “Oprah’s My Favorite Things” in 2020.

Acho is a former linebacker and current sports analyst with Fox Sports.

The website for the book proclaims that these “uncomfortable” conversations “need to happen.”

Why Did She Apologize?

In her apology, Rachael Kirkconnell made it clear she was ready to confront her “ignorance.” Attending a sorority party may seem innocent enough. Except those types of “Old South” parties were banned by the sorority two years prior.

Rachael Kirkconnell has yet to comment on the speculation about her reading habits.

During the last episode of The Bachelor, she was chosen as one of Matt James’ final four. Stay tuned to ABC on Monday nights to see if she ends up getting the Final Rose.

Join our Facebook group to connect with other Bachelor Nation fans.