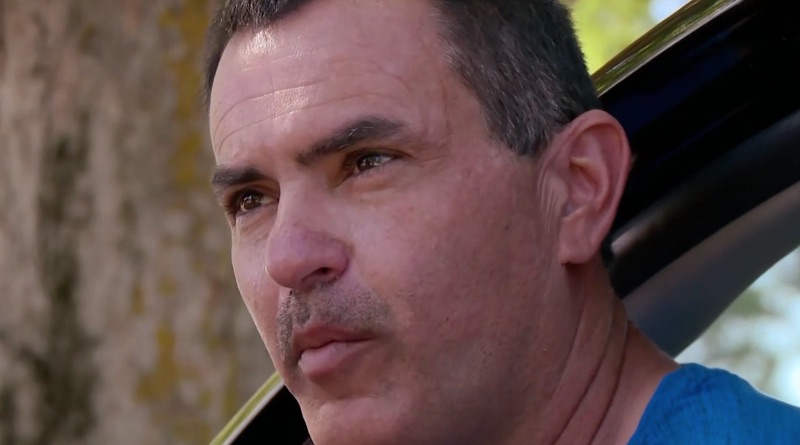 Love After Lockup star Shawn Osborne took revenge on Destinie Folsom in current WEtv spinoff episodes – and it looks like he may be filming new content with his latest felon girlfriend.

Love After Lockup: Shawn Osborne Gets Even with Destinie Folsom

All season long on the Love After Lockup spinoff, viewers wondered when Shawn Osborne would wake up and see Destinie Folsom was stringing him along. In a lot of ways, he was blinded by his love for her – and she certainly took advantage of that in current and past episodes.

Meanwhile, in the latest episode of the Love After Lockup spinoff, Shawn Osborne finally stood up for himself. He took his car back – and some parting shots from Destinie. But either way, he finally recognized things for what they were between them – and he seemed more than ready to move on with his life after everything he went through.

Based on the latest Love After Lockup tea, it looks like viewers haven’t seen the last of Shawn Osborne. Turns out, a viewer spotted him filming with a camera crew in Cincinnati, Ohio. And he filmed with his newest ex-con girlfriend that he found after things hit the fan with Destinie.

Interestingly, Love After Lockup cast member Clint Brady lives in Cincinnati as well. And he moved there for a fresh start after things went down the toilet with Tracie Wagaman. Meanwhile, it looks like Shawn wants to do something similar with his latest felon love interest.

Since Shawn Osborne was first shown on Love After Lockup, many viewers wondered when he would realize Destinie Folsom was taking advantage of him. Meanwhile, with everything going down in current episodes, perhaps he learned his lesson when it comes to how to better deal with former inmate girlfriends. Still, it’ll be interesting to see if he repeats some of the same patterns he did while with Destinie.

Will Things Work with New Love After Lockup Love Interest?

Turns out, Shawn Osborne certainly seems to have a type when it comes to the women he goes after. And his new gal, Sara Issac, is his fourth inmate girlfriend overall. The pair started dating back in November of 2020 – only three months after she was officially out of the clink.

Viewers watch Love After Lockup to see if former criminals can turn their lives around. But sometimes, it’s the non-criminal cast members that have bad habits to break. In Shawn’s case, it’s worth watching to see if he learned a thing or two after dealing with Destinie Folsom.

Either way, because he is filming with a Love After Lockup camera crew, watchers may not have to wait long. Especially to see how things pan out for Shawn and his new lady love.