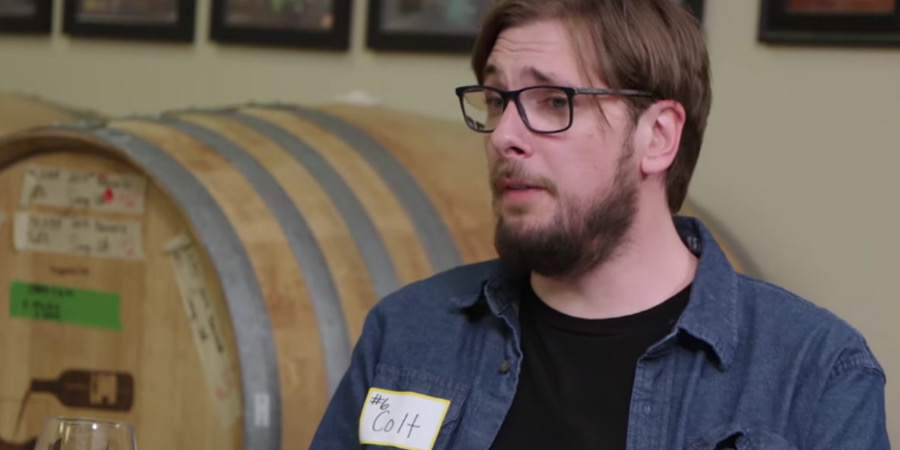 Colt Johnson may have failed to find love on 90 Day Fiance with Larissa Lima. He also messed up his relationship with Jess Caroline on 90 Day Fiance: Happily Ever After. Now, he is back on the spin-off 90 Day: The Single Life to try his hand at love, once again. The reality star finds himself speed-dating and reflecting back on the mistakes that brought him to where he is today.

Colt first me this Brazilian love, Larissa on the internet. Having little luck with American women, he decided looking overseas and online, was his best option. After a short time, they met up in Mexico for a romantic trip. Within five days, Colt proposed and the two started the K-1 visa process. It took a year for her to finally get to America and he admits she was his first love.

Unfortunately, the moment she arrived in Las Vegas to start their life together, it was anything but a romantic dream. Larissa was immediately turned off when Colt did not arrive at the airport bearing gifts. She also disliked that they would be living with his overbearing mother, Debbie. Colt and Larissa spent the 90 days arguing over money and mother as he is a self-proclaimed “mama’s boy.” His fiancee grew tired of him thinking Debbie was so perfect when she clearly wasn’t.

Larissa wanted to call the police on Debbie, asked her to put her hands on her so she would have a reason. Colt hoped the couple could band together and work through their issues. They couldn’t and divorced within six months. He admits she broke his heart.

Finding Love With Another Brazilian Lady

Though Colt tells one of his speed dates he does not have a type, he clearly does as he delves into his relationship with Jess. He loved that she was fiery, fun, and very passionate. She also took him as he was as they flash to him on the beach in his speedo. Jess genuinely appreciated him and, along with his mother Debbie, they flew to Brazil. This is where the relationship turned very sour.

Family friend, Vanessa had been in the picture for some time and Debbie was always talking her up. It made Jess very jealous as she suspected there was to their friendship than Colt led on. At one point, Debbie mentioned Vanessa was watching the cats for them while they were on holiday. This set Jess over the edge because she knew Colt was being unfaithful.

He admits in the clip he did lie to Jess. Though he denied it, he was having an affair with Vanessa, which came out in the tell-all. Colt does say he treated Jess very poorly and that she was a rebound. Yet, he does feel he is ready to start dating again and would love to be married. Jess has already moved on, having gotten married and celebrated her honeymoon with revealing photos. But, it looks like Vanessa may still be around as proposal pics circulated with Colt down on one knee.

All will be revealed when Colt begins his dating journey along with five other former 90 Day cast members tomorrow night on 90 Day: The Single Life on discovery+.

‘LPBW’ Jackson Roloff Has What It Takes For His Own Show?
Duggar Cousin Amy King Urges Anna To Stop Being Silent & Tell Her Story
See New Photos Of Lawson Bates Like You’ve Never Seen Him Before
Lisa Rinna Stars In New ‘Days Of Our Lives: Beyond Salem’ For Peacock
‘RHONY’: Will Leah McSweeney Backlash Bring Back Dorinda Medley?!