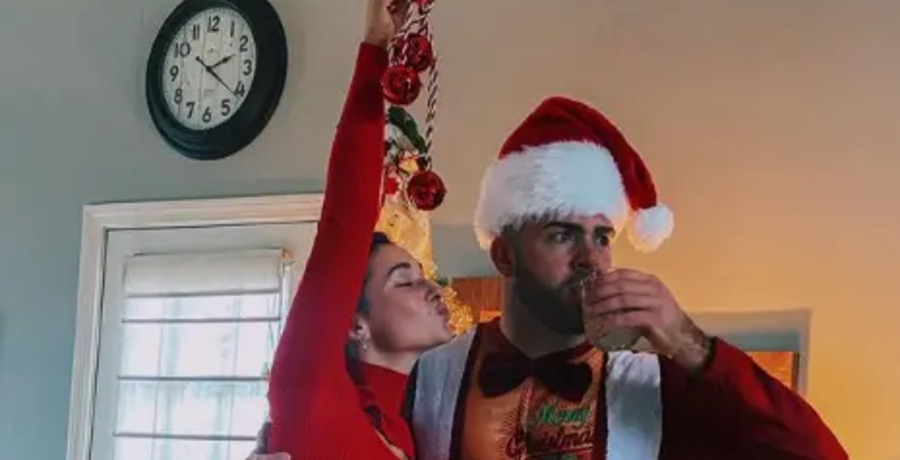 Former Below Deck stars Alex Radcliff and Anastasia Surmava caused the dating rumors to swirl. While relationships aren’t uncommon, this is one of those rare occurrences when two cast members from two different seasons hookup. Usually, the boatmances take place on the boat.

But some affiliated with the show later met up and dated. Fans have wondered the same about Anastasia and Alex. Fans know both from Below Deck Mediterranean. The two have been spending a lot of time together. They also happen to be in the same place at the same time, leading them to quarantine together.

Are Alex and Anastasia dating?

The Below Deck Med alums first sparked the dating rumors when Anastasia shared a photo of the two at Christmas. They both wore festive outfits. Anastasia playfully held a mistletoe made from rope and ornaments over both of their heads. She made a kissy face as Alex sipped his drink.

Fans assumed that the duo became Instagram official. But Anastasia just claimed they were friends. Super-flirty friends who have fun together. Then on Monday, January 18, Anastasia posted a carousel of photos of the two together. In her post, she wished Alex a happy birthday.

“When I [slid] into your DMs I had no idea it was going to flourish into such a candid, hilarious, raunchy, f***ed up [friendship]… but boy am I happy it did,” Anastasia wrote in the caption. “And for everyone who is curious…. no we’re not dating… and no we never banged. We’re just a couple of creatures who have found comfort in each others’ vices.”

This couple makes it clear they’re not dating. They just enjoy having a flirtatious situationship. However, it’s not uncommon for cast members of the same show to end up in a relationship. While fans think they look cute together, they are not serious.

Alex isn’t the only one that Anastasia is rumored to be dating. She shared photos of herself kissing Georgia Grobler, who was on Season 1 of Below Deck Sailing Yacht. In the first photo, the two ladies are seen kissing.

But it doesn’t look like Anastasia and Georgia are dating. The two did not confirm the dating rumors. It’s likely that they’re in a flirty relationship as well. Like Anastasia, Georgia has a very flirty personality that was clear on Season 1.

Alex first made the dating rumors swirl with Christine “Bugsy” Drake. The two were particularly flirty during Season 5 of Below Deck Mediterranean. They even shared an on-screen kiss, leading fans to wonder if there is anything more between them. When they were asked about the status of their relationship, both agreed that they couldn’t make a long-distance relationship work, according to The Daily Dish.

What are your thoughts on Alex and Anastasia’s relationship? Do you think they’re dating? Sound off below in the comments.