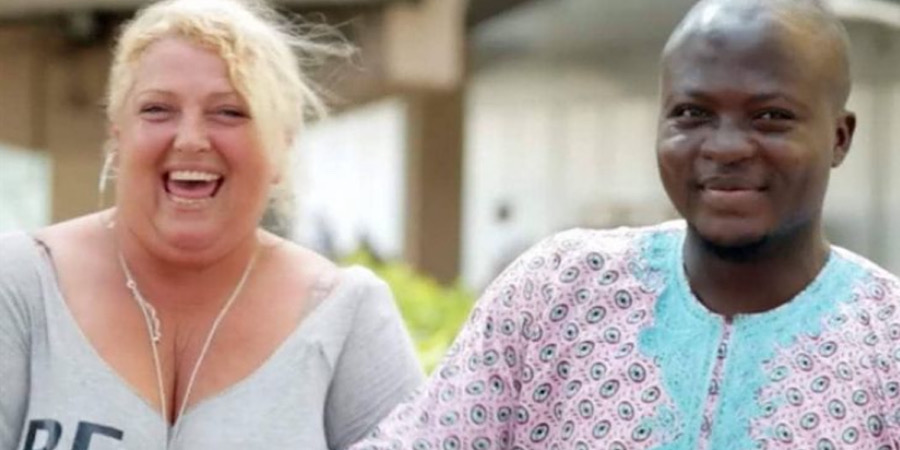 Former 90 Day Fiance star Angela Deem is taking control of her life and her body. Judging by Deem’s social media progression, some drastic measures were taken to get her to her skinniest yet. Aside from her health, what really prompted Angela to seek help to drop the excess weight? Viewers and fans wonder if she finally found the egg she’s so desperately wanted to tote. Though she hasn’t confirmed if she underwent gastric bypass, there is no disputing Angela is unrecognizable.

Viewers first met Angela and Michael on Season 2 of 90 Day Fiance: Before the 90 Days. After only getting to know each other online, Angela bravely flew over to Nigeria. Friends and family were skeptical of Michael as he was over twenty years younger than Angela. They believed he had ulterior motives but Angela was convinced he was the one. Michael was just as nervous for the first meeting as he did not know what to expect.

She was clearly head-over-heels while Michael was expecting someone younger and quieter. Yet, they still tried to make their time together work. The two ultimately got engaged and continued their story on 90 Day Fiance. One theme that carried on throughout their journey was Angela’s desire to carry a baby. In her fifties, she knew she had no eggs left. She approached her daughter, Scottie for an egg saying “I can tote it. I just need your egg.”

Scottie did not appreciate this request. Her mom was relentless in her asking and continued into 90 Day Fiance: Happily Ever After? At this point, Angela and Michael had wed and it was very important for the couple to start a family. And then Angela decided she wanted to drop the pounds- and fast.

Despite Michael’s trepidations about Angela going under the knife for weight loss surgery, she seemingly did not listen. Over the past six months, Angela has shown her weight loss progress though she has yet to say exactly what she has had done. Additionally, Deem revealed she wants her excess skin removed. Michael opposes this option. Fans feel this is proof he loves her as is. But, in her mid-fifties, it could be a risky surgery.

It still begs the question- why the sudden weight loss? The two will be on the Discovery+ spin-off 90 Day Fiance Love Games so Angela may tell-all there. Or the couple may be prepping for an interview or spin-off of their own. They obviously have a reason for keeping Angela’s weight loss method under lock and key. But TLC and Discovery+ know viewers and fans will be right there, ready for the big reveal. For now, followers can keep up with Deem’s incredible shrinking weight loss journey on her social media where she is unrecognizable.

What do you think of Angela’s weight loss and why do you think she did it? Is she preparing to tote an egg or is it for other reasons? Let us know in the comments.