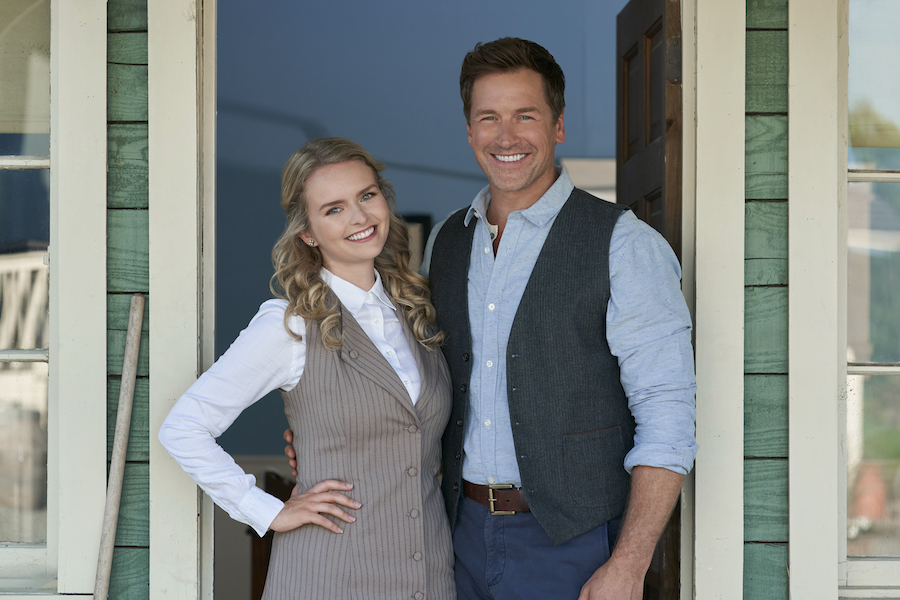 Hearties have long waited for something big to happen with Dr. Carson Shepherd (Paul Greene) and Faith Carter (Andrea Brooks). Will When Calls The Heart Season 8 reunite the couple?

Will When Calls The Heart’s Dr. Carson Shepherd Get That Second Chance At Love?

Could the plotline of When Calls the Heart Season 8 include romance for Dr. Carson Shepherd? Maybe. After leaving for medical school in Season 7, Faith Carter is back in Hope Valley.

Now, the couple has some new obstacles. One of those problems is whether the town can keep two doctors busy. Moreover, the couple need to find how they fit in Hope Valley and together, as a couple. There has been a lot of change. Can this relationship survive this?

Andrea Brooks Talks About When Calls The Heart’s Faith Carter

When Andrea Brooks was recently on the Hallmarkies podcast, she talked about some of those changes to When Calls The Heart Season 8. First, John Tinker is the new showrunner. His goal is to spend more time developing each character. This means more backstory and even some Easter eggs.

As for Faith, Brooks explained that her character will “settle” into her new role. Her life is not how it was before. More importantly, her outlook is quite different now. That is because she had a “profound experience.” School has changed her. Can Carson adjust to her new confidence and outlook on life?

Andrea Brooks says that for Faith and Carson, some things “have changed.” There could be some conflict. She has overcome so much. Can the two still find a life together after all of these changes? Or do these changes really help bring them closer together?

The world is full of many beautiful things, but there’s no place like home for Rosemary @HuttonPascale. Don’t miss her return to Hope Valley Sunday February 21 at 9/8c in the all new season premiere of #WhenCallsTheHeart! Tweet along while you watch using #Hearties. pic.twitter.com/vYdNusftf6

What To Expect In Season 8?

When Calls The Heart Season 8 is all about love. Romance is everywhere you look. Finally, Elizabeth (Erin Krakow) is going to end the love triangle. She is going to pick between Nathan (Kevin McGarry) and Lucas (Chris McNally).

Bill Avery (Jack Wagner) is enjoying life as a bachelor. Could the love bug strike him? Wagner says that a “current of love” runs through the whole season. Then, the big surprise is the unlikely romance between Ned Yost (Hrothgar Mathews) and Florence Blakeley (Loretta Walsh). Over the years, Hearties have noticed their attraction. Could Season 8 be when the two profess their love?

One thing fans will also love is that there will be 12 episodes this season! Because they were unable to film a Christmas movie, and because they were filming outside as much as possible, they supersized the season. This is something fans have always wanted.

Don’t forget to catch the premiere of When Calls The Heart Season 8 on Sunday, February 21, at 9 p.m. Eastern, on the Hallmark Channel.