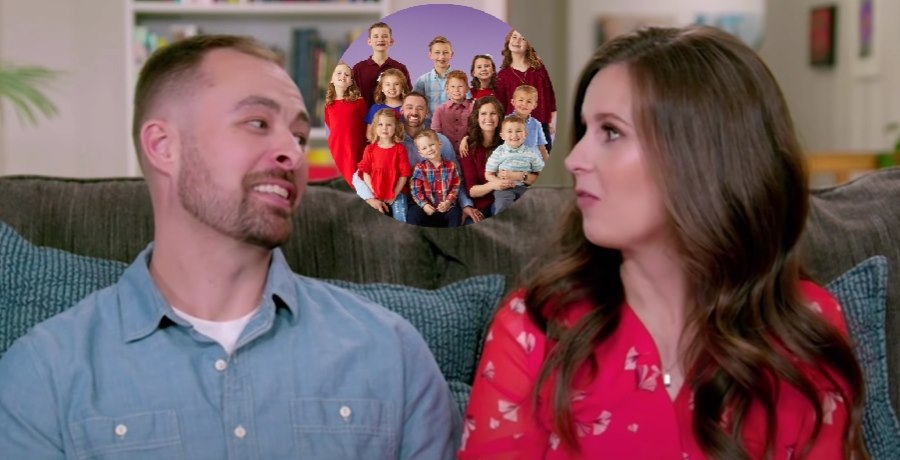 The Blended Bunch is the newest supersized family reality show headed to TLC this spring. Soon we will meet Erica Shemwell and Spencer Shemwell, two widowed parents who met online and soon married.

The new series will show the two families combining into one large family of thirteen with eleven children, all under the age of twelve. Here’s a little background of this family that’s sure to pull on your heartstrings when their show debuts Tuesday, March 16, on TLC.

Not long after The Blended Bunch stars found each other online, they met in person at a convention for widows given by a church group. It was then, and there Spencer knew he needed to be near Erica. So he moved his four children cross country to Utah, where Erica and her seven children lived.

Erica Shemwell describes her The Blended Bunch family as a modern-day Brady Bunch. However, each parent is bringing more than three children of the same sex to the new family. Plus, the very distinct difference is that the Shemwells do not have a live-in housekeeper as the Bradys did with Alice. Erica jokes in the promo for the series that they need an Alice.

The Blended Bunch: Faith In The Lord Despite Heartache

The most amazing part of The Blended Family’s story isn’t really the merging of two families into a large one. What is striking about both Erica and Spencer is their steadfast belief in God. Despite the terrible heartache they experienced losing their first loves, they firmly believe that God has actually been good to them.

After all, they were blessed with eleven healthy children to raise. Plus, God brought them another great love, so soon after, they each had dealt with the terrible pain of losing the person they planned to grow old with. Blending their families certainly challenged them. However, both Spencer and Erica see it as a mountain worth climbing.

They encourage the kids to talk about their late parents. Spencer and Erica want their memories to be a part of their lives as much as possible. Some days are easier than others, but their love for each other, their children, and their faith always pulls them through.

‘Duck Dynasty’ Alum Sadie Robertson Has Her Baby Shower
‘When Calls The Heart’ Alum Daniel Lissing Gets Haircut For New Role
Lawson Bates Learns A New Lesson From Tiffany
Jill Duggar & Derick Dillard Are ‘Content’ But May Be Growing Their Family
‘Sister Wives’: Kody Brown Claims He’s Not A Pig