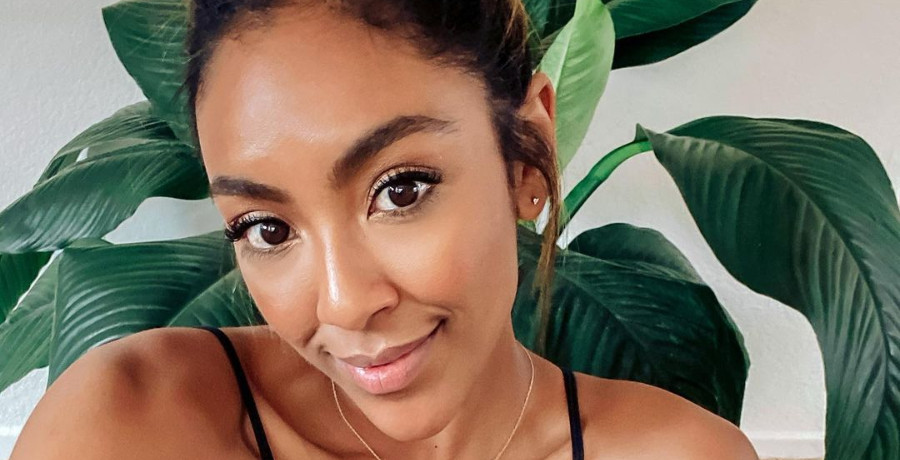 Tayshia Adams is one of the last people you’d expect taking up for Chris Harrison. Days after his controversial interview with Rachel Lindsay, Tayshia spoke about how his words “hurt” her. But in Tayshia’s opinion, he is taking the necessary steps to remedy the hurt he caused her and others.

Chris Harrison is in the middle of a monster media storm. Last week his defense of Rachael Kirkconnell went sideways when he seemingly excused her racially insensitive behavior. In doing so, he steamrolled over Rachel Lindsay. The former Bachelorette was interviewing him for a segment on Extra, where she’s correspondent.

After two public apologies didn’t calm the storm, Chris Harrison announced he was taking a temporary break from his hosting duties.

Tayshia Adams is one Bachelor Nation star who reacted strongly to Chris Harrison’s Extra interview. In the days following the scandal, she wondered if the things he said are how he really thinks of her. For one, he slammed the “woke police” for going after Rachael Kirkconnell, saying Kirkconnell deserved “compassion” for her mistakes.

While Tayshia Adams was upset by Harrison’s words, she now thinks that he is taking the right steps to make amends. She opened up about the situation on a recent episode of the Clickbait podcast. She co-hosts the podcast with fellow Bachelor Nation alum Joe Amabile and Natasha Parker.

The Season 16 Bachelorette believes that Chris Harrison means every word of his apology. But should he step down?

Chris Harrison Should ‘Absolutely’ Step Aside For Now

A debate is raging on social media – and likely in ABC boardrooms – whether Chris Harrison should step down for good. As of right now, he plans to return at some point. Most fans don’t agree that Harrison said anything wrong at all and therefore, shouldn’t take a break.

However, Tayshia Adams disagrees with that. She thinks he is “absolutely” correct in taking time away from the franchise. In fact, she praises his willingness to take responsibility. She said on Clickbait, “I think that by him taking ownership, and just not just saying issue an apology and then just going back to work the next day like nothing happened speaks volumes on his behalf.”

While Tayshia hopes to see Chris Harrison back as host, she agrees that he should take a step back.

Tayshia Adams is one of the names fans bring up as a suggestion for replacing Chris Harrison.

During Season 16 of The Bachelorette, Tayshia Adams found love with Zac Clark. Like fans, she was moved by his personal story of addiction and redemption. Once a drug addict, Zac Clark now dedicates his life to helping other addicts.

“I feel like we have to allow people to prove us wrong, and prove themselves.”

Do you agree with Tayshia? Should Chris Harrison be given a second chance with the franchise? Let us know your thoughts below. Join us on Facebook for more Bachelor Nation content.

ABC has plans to bring Season 17 of The Bachelorette to viewers later this year. The network has yet to announce if someone from Matt James’ season of The Bachelor will get another shot at love on the spin-off.

Keep watching The Bachelor Mondays on ABC to find out who Matt James chooses for his Final Rose.