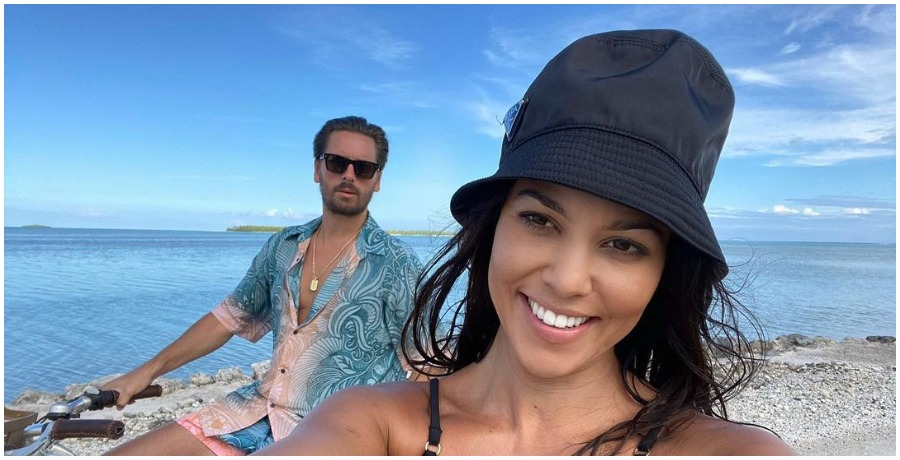 Scott Disick is making his feelings about ex-girlfriend, Kourtney Kardashian, very clear. The reality star is seen in a brand new trailer for the final season of Keeping Up With The Kardashians. In the video, he appears to be pouring his heart out.

According to The Sun, the clip shows Scott and Kourtney sitting at a table together. Scott looks his former love in the eye and boldly proclaims that he’ll marry her “right now” if that’s what she wants. Meanwhile, Kourtney sat with her hands folded together and her elbows resting on the table while wearing an awkward smile on her face.

The trailer was for the 20th and final season of the reality show. During its run, Kourtney and Scott’s relationship has been a big storyline. The pair, who share three children together, have always been tight. In fact, they seem to be closer following their 2015 breakup.

During their romance, Disick and Kardashian spent nine years together and welcomed two sons, Mason and Reign, as well as one daughter, Penelope. However, things weren’t always sunny for the duo. Scott’s substance abuse issues often hindered their relationship.

In the years since their split, Scott has done a lot of work on himself. He’s spent time in rehab and even become a more hands-on father. This has led to a lot of speculation about whether or not the couple would ever get back together.

However, that doesn’t seem to be in the cards. Since splitting, both Kourtney and Scott have had other relationships. Disick previously dated model Sofia Richie for nearly three years. Kardashian also had a serious relationship with model Younes Bendjima.

Disick and Kardashian are currently dating other people.

Currently, Scott is dating another young model, Amelia Hamlin. The 19-year-old is the daughter of actor Harry Hamlin and Real Housewives of Beverly Hills star, Lisa Rinna. The couple are said to be keeping things casual for now. “Scott and Amelia are having a blast together. They’ve been going out with friends, spending time together, and overall just having a really good time. They’re still not super serious and are just taking things day by day and keeping things light and fun,” a source tells ET.

In addition, Kourtney has moved on as well. She recently went public with her new boyfriend, Blink 182 drummer Travis Barker. The reality star posted a photo of the couple holding hands just after Valentine’s Day, and the internet went wild.

“They have been close friends for years and have been dating for a couple months, Travis is very smitten with Kourtney and has been for a while,” an insider tells Us Weekly of the romance.

Meanwhile, fans can see more of Scott Disick and Kourtney Kardashian’s relationship play out when Keeping Up With The Kardashians returns for its final season in March.