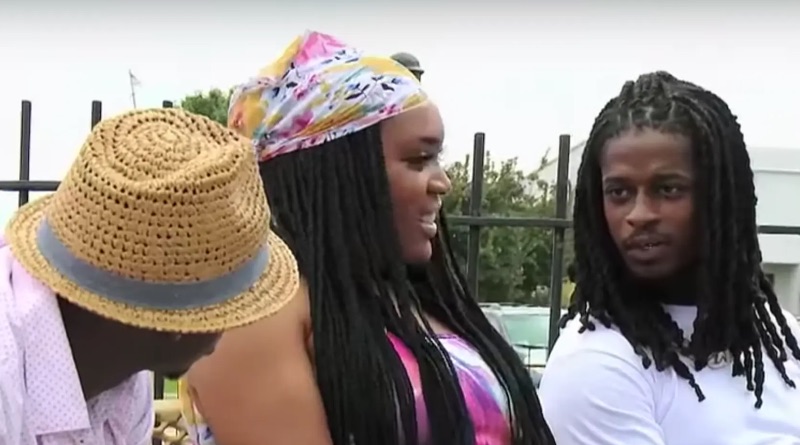 Life After Lockup spoilers say things get heated between Quaylon Adams and Shavel Moore’s cousin, DMark. They haven’t liked each other since day one – and it looks like they finally throw down.

There has been a lot of drama all season long in this Life After Lockup storyline. After finding messages from another woman on Quaylon Adams’ phone, Shavel Moore kicked him out of their shared home. And for the time being, it was back to Houston for the former felon.

For a time, it looked like Shavel might even put herself back on the market on Life After Lockup. But Quaylon was determined to win her back. He surprised Shavel with a ring – and it seemed like she finally got the commitment she wanted from her man. But based on the latest teasers, there’s a lot more drama ahead in this storyline.

Life After Lockup spoilers tease a physical confrontation between Quaylon Adams and DMark. As a former convict himself, DMark was skeptical about Quaylon from the very beginning. And there’s a lot of posturing when both men are in the same room together.

Meanwhile, it seems like things escalate enough for it to get physical between both men. And adding even more drama to the mix, Shavel Moore is between both men. Quaylon drops the bomb on DMark that he and Shavel will walk down the aisle soon – and it’s news he isn’t happy to hear.

At one point in Life After Lockup teasers, Quaylon gets too close for DMark’s liking. And he tells the former felon to “back up”. And it turns out; this gesture sparks an all-out brawl between both men. Meanwhile, Shavel yells in the middle of the action to cut all the cameras. So it certainly looks like this situation heats up in the next episode.

While some couples are better than ever, others couldn't be worse! Don't miss #LifeAfterLockup TOMORROW at 9/8c. pic.twitter.com/JoywDATxdX

Life After Lockup Drama Ahead

WEtv teases a lot of fight scenes in their episodes. But it’s rare that things actually come to blows between cast members. Many viewers are still waiting on an actual physical confrontation between John Slater and Shane Whitlow. But it looks like that ship sailed a long time ago.

Viewers saw a physical confrontation between Marcelino Santiago and Brittany Santiago’s previous guy, Tito. Meanwhile, based on the latest teasers, it looks like things between Quaylon and DMark escalate into something physical. So that’s definitely going to be something to watch in upcoming content. Meanwhile, as both men are former felons, whether or not it escalates enough for the cops to show up is another thing to watch out for as well.