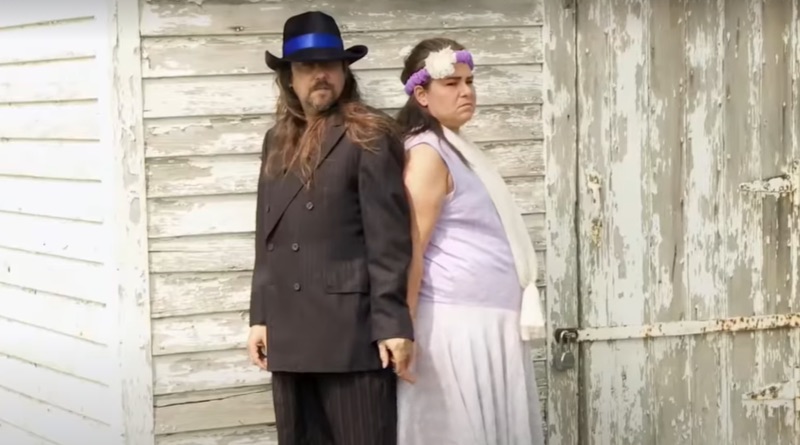 Life After Lockup spoilers say John Miller and Kristianna Roth get right down to the baby-making on the WEtv spinoff – but where does this leave Terra?

Life After Lockup: Kristianna Roth Back on the Outside with John Miller

Kristianna Roth being back on the outside is something that WEtv teased on Life After Lockup. It should be a happy time for the whole family. But John’s flirtatious relationship with Kristianna’s sister, Terra, puts a bit of a damper on an otherwise happy event.

Moreover, because Kristianna Roth’s sister has a history with drugs and trouble with the law, they can’t be under the same roof. So Terra was sent on her way. Meanwhile, John Miller hasn’t told his wife about the close relationship he has with her sister just yet.

John Picks Up His Wife from Jail – Lies to Her About Terra?

John Miller says in Life After Lockup spoilers that he absolutely “can’t stand prisons.” And he hopes this is the “last time” he ever has to pick Kristianna Roth up from there. When she got out previously, they only had a few days together before she was back behind bars. And it looks like they both want to do things differently this time around.

Meanwhile, because they lost more time with Kristianna Roth back in the clink, it looks like they want to get right down to the baby-making on Life After Lockup. Meanwhile, at this point in the season, John Miller hasn’t told his wife about anything that went down between him and Terra. So that sets up drama as she adjusts to life out of prison once again.

While some couples are better than ever, others couldn't be worse! Don't miss #LifeAfterLockup TOMORROW at 9/8c. pic.twitter.com/JoywDATxdX

Life After Lockup Pair Not Wasting Any Time

Meanwhile, even though Kristianna is just getting out in the upcoming Life After Lockup episode, those keeping up with the couple in real-time know they didn’t waste any time when it comes to the baby-making. Recently leaked pics show the WEtv pair out and about in Las Vegas.

And as it turns out, Kristianna Roth is pregnant with John Miller’s child. They seem to be in a good place in their relationship currently. Still, it’ll be worth watching to see how they navigate. Particularly with the drama in upcoming episodes – when the nature of John’s relationship with Terra comes to light.