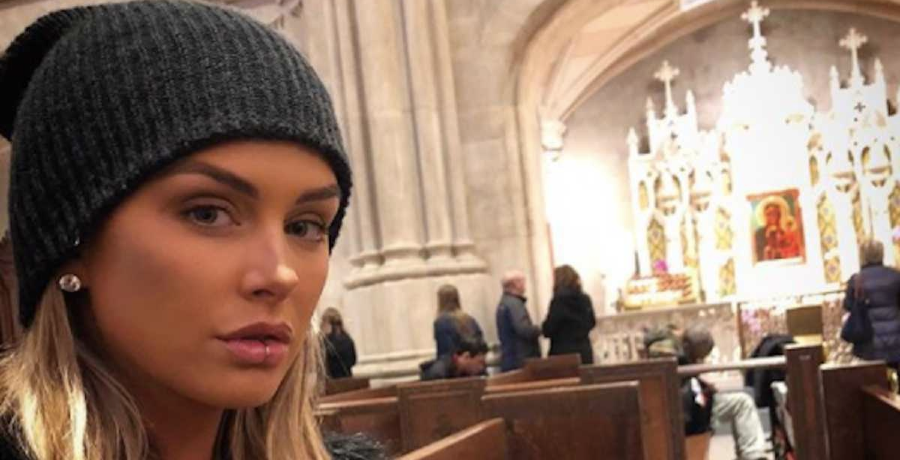 Lala Kent caused concern among fans. The Vanderpump Rules star took to her @givethemlalababy Instagram account to ask followers questions about early labor. The reality star wanted to know if it’s common for women to give birth before 40 weeks. Her bio even reads: “I arrive April 2021 … maybe sooner.” Her reported due date is April 5, 2021.

What did the Pump Rules star ask?

As of Friday, February 19, the @givethemlalababy Instagram account is set to private. On Thursday night, Lala Kent asked her followers if anyone had their baby before 40 weeks and if everything turned out well.

“Who had their baby before 40 weeks, and was everything okay?” the post read. Lala left the caption blank except for the double-heart emoji. In the comments section, followers shared their experiences. One user shared that she had her baby girl at 38 weeks after seven hours of labor. A second follower said that her daughter arrived later than expected.

Last week, Lala had another question about preparing for labor. This time, she asked: “How do I choose what to bring my baby home from the hospital in?” It sounds like she was preparing for an impending birth. In the caption, she added that: “We are at 8 months I want to know what you brought your babe(s) home in, and what you learned?”

Understandably, the Give Them Lala founder sounded scared. She encouraged her followers to “TEACH ME THE WAYS!” Any first-mom would be scared – especially to give birth sooner than expected. According to Parents Magazine, 80% of pregnant women deliver between 72 and 42 weeks. Only 11% of women deliver prematurely. However, experts aren’t sure why this happens. There could be several factors into play, such as carrying more than one child or having an abnormally shaped uterus. Bacterial vaginosis has also been connected to preterm labor. Even those who are less than 110 pounds are at a higher risk of delivering early.Lala Kent has made headlines for her weight. At the start of her pregnancy, fans didn’t understand why she didn’t have a belly. Some accused her of faking her pregnancy. Rumors swirled that she hired a surrogate to carry her child. Since then, Lala has posted many photos of her baby bump (even some in the buff) to prove that she’s carrying her child.

Lala Kent thanks her fans

After she received an overwhelming response, Lala Kent thanked her followers for their insights. But she later deleted the comment. The actress took to her official Instagram account to share a screenshot from her private account. In her Instagram Stories, she revealed that she loves the support she gets from her @givethemlalababy page.

“I’m living for the @givethemlalababy page,” Lala wrote. “It’s a page full of love and support. All you mamas have been so helpful in the comments section. Love reading your stories! THANK YOU! You are all f*cking goddesses.”

Last month, she joked that she’s been “pregnant forever.” In a mirror selfie of her pregnant stomach, she lashed out at those who complained about her pregnancy journey. But Lala got plenty of support in the comments section. Some of them told her to ignore the haters.

Stay tuned to TV Shows Ace for more news on Lala Kent and her pregnancy.